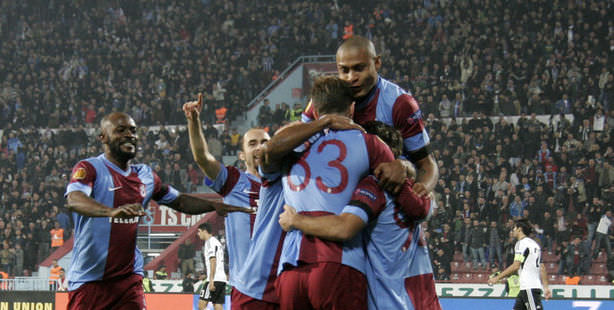 With a home victory against Polish team Legia Warszawa on Thursday, Trabzonspor has now secured the top spot in Group J, as they contend for a spot in the Europa League finals.

Trabzonspor beat Legia Warszawa by 2-0 on Thursday in an exciting face-off held at Avni Aker Stadium. This brings Trabzonspor's points up to seven with three games played giving them a strong advantage in being able to advance past the qualifying group stage. Italy's Lazio follows Trabzonspor in second with five points. Greek Cypriot team Apollon Limassol are in third with four points and the Polish representatives Legia Warszawa es are bringing up the rear of Group J with zero points.

With the exception of a 3-3 draw against Lazio, Trabzonspor has been unbeaten in their Europe League campaign this season as well as in the past ten games played in European leagues.

Poland will return the hosting favor on November 7, when Trabzonspor faces off against Legia for their next game in the Europa League qualifying round. On November 28, Trabzonspor will host Apollon Limassol and on December 12, Lazio will welcome Trabzonspor.