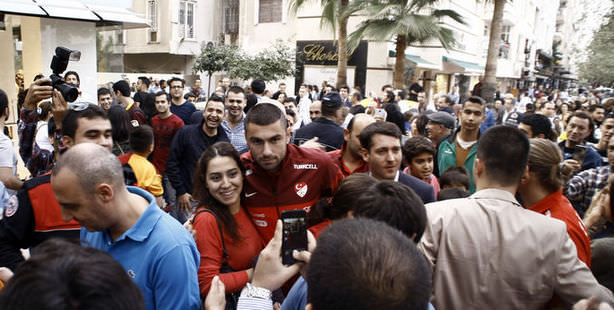 Turkey’s National Football Team hosts Belarus tonight in the southern Mediterranean coastal city of Mersin. This will mark the team’s second friendly, in preparations to qualify for Euro 2016, after last week’s victory over Northern Ireland.

Turkey hosts Belarus on Tuesday for an international friendly to be played at Mersin's Tevfik Gur Stadium in preparation for the Euro 2016 qualifiers. Fatih Terim has rounded up a new team of youngsters and a number of classic national heros to create a high-energy and effective squad for Turkey's international campaigns. The new line-up worked well against Northern Ireland last week, which marked Turkey's first friendly in preparation for Euro 2016, with the hosts coming out the victors by 1-0.

Tonight's game kicks off at 20:00 local time and will be refereed by Spain's Antonio Mateu Lahoz. His assistants will be Pau Cebrian Devis and Javier Aguilar Rodriguez. The fourth referee will be Javier Estrada Fernandez.

Tuesday's match will be the fourth game played between Turkey and Belarus, each of which have been international friendlies. Both teams have won once and drawn once in their face-off history.

The team has been welcomed lovingly by Mersin locals, for whom this is the first time their stadium has hosted a national team game. After practice, the team hit the streets to visit a local Kebab restaurant, where they were greeted by locals and took photographs with fans.