Fenerbahçe hosts Beşiktaş for final derby of the year 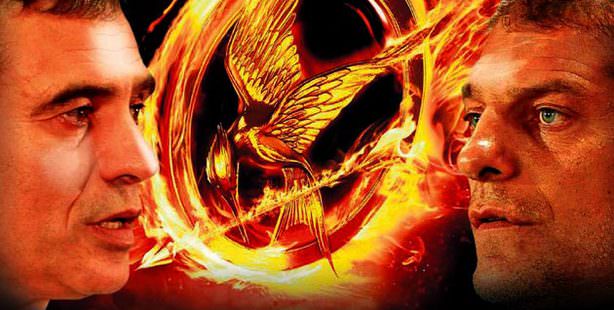 League leaders Fenerbahçe host Beşiktaş for a highly anticipated derby at Kadıköy’s Şükrü Saracoğlu Stadium on Saturday night. Kick-off for the match, which will be refereed by Cüneyt Çakır, is at 20:00.

Spor Toto Super League leaders Fenerbahçe host archrivals Beşiktaş for a highly anticipated match, which is also the final derby of the year at Kadıköy's Şükrü Saracoğlu Stadium on Saturday night. Kick-off is at 20:00 and the game will be overseen by referee Cüneyt Çakır.

Fenerbahçe currently stands in top ranking in the Turkish league with 31 points and a six-point margin ahead of Kasımpaşa, which sit in second place. Beşiktaş started the season off strong, however is currently in third place in the league standings with 24 points.

Fenerbahçe has had a successful run up until Saturday's 13th week face-off with just a single loss in their opening game and just one draw thus far. In addition, Fenerbahçe has not lost at home to Beşiktaş since the Ziraat Turkish Cup final in 2006, which was ten derby games ago.

Beşiktaş appears to be tonight's underdogs as not only will they be playing in a stadium filled with 52,000 Fenerbahçe fans but they have also been enduring a ban of four matches without male spectators issued to the club for the invasion of fans onto the pitch in their last derby against Galatasaray played in the fifth week of the season. The derby was Beşiktaş's first loss of the season as the Turkish Football Federation (TFF) awarded Galatasaray a 3-0 win and the streak continued with their second loss against Antalyaspor a week later. Beşiktaş has also had three draws this season and therefore will be seeking a win on Saturday to reclaim their initial success at the start of the season. Beşiktaş won the last game played between the archrivals last season, however the match was held at Beşiktaş's Inönü Stadium.

Beşiktaş Coach Slaven Bilic may or may not play Holosko and will also be missing Escude and Uğur Boral, however the team's probable line-up is as follows: Tolga, Atiba, Sivok, Ersan, Motta, Veli, Oğuzhan, Fernandes, Gökhan, Olcay and Almeida.