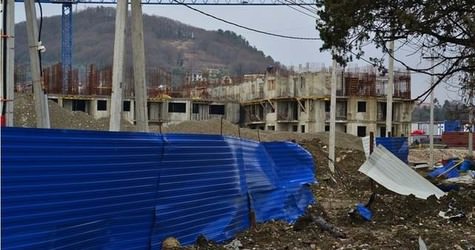 With only 15 days left and counting, the Russian Federation hosted Olympics in Sochi appear far from ready as the controversial city appears submerged in garbage.

With the clock counting down, and the Sochi Olympics becoming ever the closer, international eyes are befalling the Dagestan region of the Russian Federation.

The images provided by the event organizers in Russia have been awe-inspiring and eye-catching, consisting of state of the art sports facilities and high rise hotel complexes that make up the Olympic village in which competitors will rest, relax and mingle in.

But the reality of the troubled Dagestan region sadly differs to a great extent from the image Putin and his administration are painting in the wake of the games. For Putin these games carry a great local and international importance.

Sochi is the hottest city in Russia, where snowfall is usually absent and the nearest mountains covered in snow are over an hour's drive away. So one would ask, with all of Russia's snow-rich cities in the vast geography it covers, why would the Putin administration specifically choose Sochi as the venue for their international spectacle?

Sochi rests within Dagestan, Russia's most rebellious province. Historically the lands in the Caucuses has belonged to nomadic Muslim groups. Well where are they today? Following campaign after campaign against them in attempt to ethnically cleanse the region, most were murdered, expelled and many migrated to modern Turkey to seek salvation, while very few now remain in their historic home land. Over the generations this has just led to a rebellious nature in many local remaining Muslim populations, producing the greatest threat to Russia and Putin's sovereignty.

So Putin, in his master plan came to the realization that if he could portray a neglected area of his country, an area which has provided decades of threats to the Russian Federation, as a prosperous thriving region in which the world's biggest stage can be set and successfully administered; not only would he quell international scrutiny and speculation, he would emerge above the conflict internally.

With the images and ceremonies witnessed thus far he is succeeding in doing just that. Sochi appears to be a state of the art first class vacation village. But this would be refuted by images by locals posted onto online social media sites. These images show a city dealing with a severe waste management problem, unfinished sidewalks, sediment painted green to resemble grass, and most importantly; a majestic Olympic park constructed on the orders of the President himself, a park that is completely closed off to the public of Sochi.

Russia has retook a page from their old history. During the age of the Soviet Union the world had become accustomed to such displays, reveled to be the ploys that they were after the Warsaw pact dissolved. Today we have the luxury of seeing these images first hand due to unsettled and unnerved citizens wishing to actually have the city that the world has now become accustomed to.