After a dismal start in Sochi, U.S. speedskaters to change suits 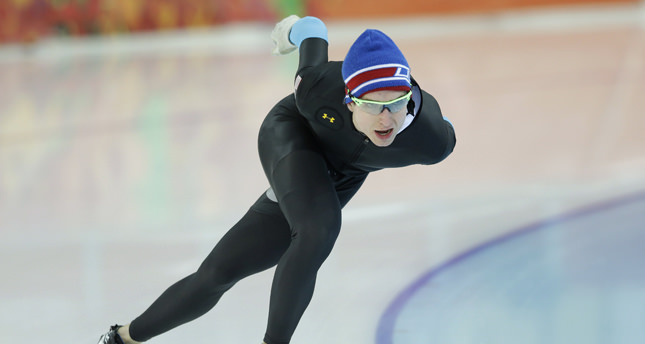 As the old saying goes, ‘’If it ain’t broke don’t fix it.’’ In hopes of recreating a successful history, skaters appeal for old suits at the Sochi Games.

The International Skating Union and International Olympic Committee are reviewing a request from the United States speed skating body to switch uniforms for the remaining six races of the Sochi Games.
The United States have failed to win a medal in the first six events at the Adler Arena despite wearing a much glorified Under Armour suit which had been billed as the "fastest ever".
Following is reaction from fellow skaters and coaches on the switch request.
Gabriele Hirschbichler (Germany) - "They kept saying it's the fastest suit ever. I was a bit disappointed when I first saw the suit. I think it looks weird with the zip and netting on the back.
"I think it's a mixture of the athletes being not in shape and the suit that is not as good. They will be better in their own suits. You need to use what you are used to. Not being able to test the suits before makes a difference. It is important - it's like trying out a pair of new jeans."
Artur Was (Poland) - "I have been in many competitions and worn many suits and I've never complained about it.
"It's strange that USA is not doing as well as expected, maybe that's why. I wouldn't want all this commotion ahead of a race, it can make the situation worse. They need to keep it out of their heads now.
"Either change the suit or everyone keep quiet about it."
Jillert Anema (Dutch coach) - "We had a problem with our suits (during 2006 European all-round championships), which was not important. What was important was that the skaters lost confidence in the suit.
"If you don't have a good suit and skaters complain about the suits then you will not win medals.
"If they have confidence, they will be dangerous again because they are good skaters.
"I think they should have done it right away. Skaters are not allowed to have doubts. If they have doubts about the material, then change it. If three skaters say they do not like the suits, then gather everyone together and change it."
Monique Angermueller (Germany) - "I think they have put more pressure on themselves."
Carien Kleibeuker (Netherlands) - "It doesn't matter to me, I have a suit that is perfect for me. I hope it helps them by changing their suits
Last Update: Feb 21, 2014 10:43 am
RELATED TOPICS