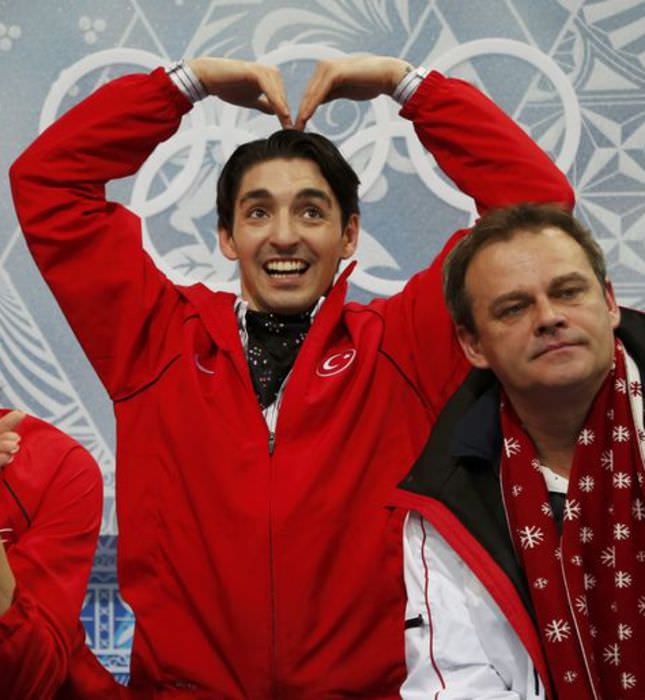 by Tevhid Nazmi Baştürk Feb 24, 2014 12:00 am
Sunday night brought an end to the 2014 Sochi Winter Olympics and with them the end of Turkey's humiliation in the games.
Russia capped off the medals race in first followed by Norway, Canada, the United States and the Netherlands, all the while Turkey's athletes failed to win a medal. This will not come as a surprise to the Turkish or international public, for the Winter Olympics has become somewhat of a joke amongst the country's sports enthusiasts and participation in these events is seen as a consolation prize for the nation. Turkey's highest placing athletes Alper Uçar and Alisa Agafonova came in 22nd place in the Ice Dance short competition.
The duo were the country's greatest hope to challenge for a medal as their after recent second place finish in the 2013 NRW Trophy.
Local media went wild displaying images of the two as the nation held its breath during their performance. But their performance yielded the outcome that everyone already knew too well, they simply were nowhere near good enough.

Turkey is a country known for its excellence in marital arts, wrestling, weightlifting, boxing, basketball and football, all of which are summer sports. Though the new government has built facilities to assist in training for winter events in Erzurum, the sad reality is that too little was done too late. What Turkey needs to do to avoid further humiliation in future winter games is treat the athletes that take part in these sports more seriously as they do their counterparts in the summer games. As it stands Turkey's winter athletes cannot find adequate facilities or instruction domestically and must opt for shortterm accommodations abroad. Local alternatives must emerge so that like their international competition, Turkey's athletes are able to hone in their skills in state-of-theart facilities in the comfort of their own country. Their country must embrace their efforts and support them in their struggles. If winter sports do not begin to receive the same serious attitude and treatment as their summertime counterparts, Turkey cannot help but suffer the same humiliation that it did in Sochi in all other Winter Olympics to come.