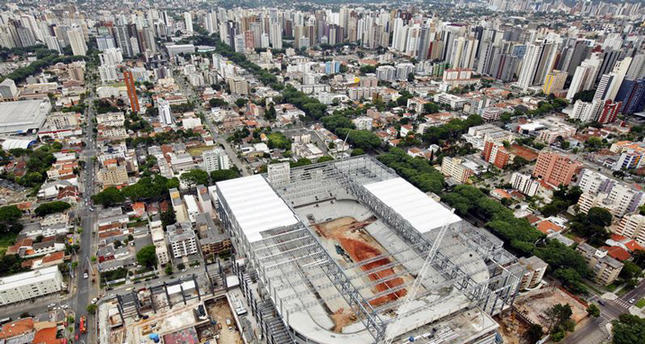 The number of Brazilians who favor hosting the World Cup has fallen to an all-time low just four months before kick-off, with many criticizing the soccer tournament as a waste of money that would be better spent elsewhere, a poll showed on Monday.

The survey by local pollster Datafolha showed that only 52 percent of Brazilians favored hosting the World Cup, down from a high of 79 percent in November 2008, a year after Brazil was chosen as the venue for the 32-nation event. Support for the event has waned since massive protests broke out in June against poor public services and the high cost of building stadiums for the World Cup. But the Datafolha poll also showed the demonstrations, which have become smaller and more violent as masked anarchist groups clash with police, were losing popular support.

The survey showed that 38 percent of Brazilians were against hosting the Cup, up from 10 percent in 2008. The result was surprising for a nation that is passionate about the game and has won five World Cup titles, more than any other country.