Istanbul gears up for a clash of the giants 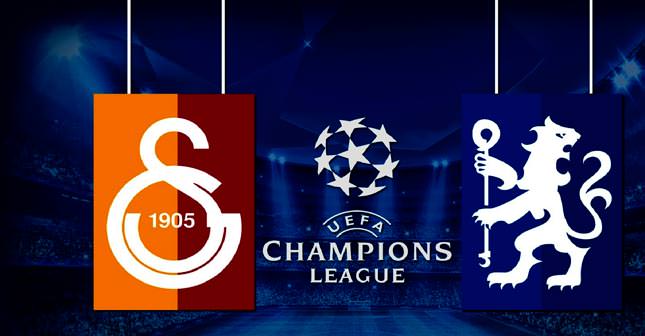 As Galatasaray ready themselves to host Chelsea today, let's see how the two sides match up statistically

Fueled by the wealth of Russian billionaire owner, Roman Abramovich, Chelsea is the more valuable club with a net-worth of over double that of Galatasaray, 388.750 million euros in comparison to 149.450 million. This figure becomes more one-sided when squad size is added into the analysis as the London club only have 23 registered players in comparison the reigning Turkish champion's 30.

Chelsea's two most valuable stars are young Belgian flamboyant winger Eden hazard with a value of 45 million euros and Brazil's star attacking midfielder Oscar who is valued at 34 million.

Galatasaray fall leagues behind in this aspect as star Wesley Sneijder takes the top spot having a market value of 17 million euros and goalkeeper Fernando Muslera ties striker Burak Yılmaz in second, both being worth 16 million each. If football was determined by only money, the highly anticipated Champions League bout would undeniably go to the Stamford Bridge club.

Though currently the English Premier League's leaders, Chelsea have been living on a prayer. The last few weeks have plagued them with misfiring strikers as Samuel Eto'o only scored six goals in 17 appearances and Fernando Torres has a more pitiful tally of four goals as an outcome of his 19 starts. The Blue's current club top scorer is Hazard, who stepped up masterfully to fill the role of his under achieving teammates by appearing a total of 27 times for his club yielding him 12 goals.

Galatasaray's strikers have had better luck finding the target this season, as Burak Yılmaz scored 12 times in his 20 matches while Chelsea's former poster-boy, Didier Drogba is tied with Wesley Sneijder, each of them finding the net eight times so far. Both teams are going through turbulent situations with their squads and management. Jose Mourinho newly took the reins at Chelsea for a second term following terms with Inter Milan and Real Madrid.

Mourinho has yet to establish himself and tune the squad to the mechanical perfection he is famous for. The departure of Juan Mata also had a deep impact on the squad's attacking movement. The Spaniard appeared to be the only reason Torres had once again found his form. Returning to a top tier European league has not suited well with Eto'o as he fumbles to catch up to the pace of Champions League and EPL football. Roberto Mancini took the helm of the Istanbul side following the sacking of club icon Fatih Terim. Mancini took over a side that appeared to have no chance of advancing in the continental tournament, a situation that got worse with every passing game.

However, through a series of trial and error, Galatasaray were able to stand strong against Italian giants Juventus to pull out of the group stage. A series of transfers saw Mancini revamp the squad, bolstering Galatasaray's ranks in defense and midfield while reducing the dead weight that had resulted from flopped transfers. Galatasaray's greatest issue is low striker moral and the instability it has now resulted in for the club.

Drogba has not decided if he would like to extend his time at the club and his disagreement with Mancini is not aiding his fallen form.
Though at times remarkably brilliant and still consistently finding the net, Yılmaz is at best unreliable. His excitement in front of goal leads to selfish play and often times the neglect of his fellow teammate's positioning.

Both teams are dealing with the stress and fatigue of competing in neck and neck title races in their domestic leagues. Chelsea are desperately trying to fight off the stress brought on them weekly from the likes of Arsenal, Manchester City and Liverpool while Galatasaray have fought tooth and nail to close the gap between them and arch rivals Fenerbahçe to just four points.

Though Chelsea have the undeniable upper hand with their squad quality, they have the very difficult task of playing away in one of Europe's most hostile venues. The Türk Telekom Arena is often noted for its atmospheric quality.

Galatasaray call the TT Arena their home and are adept at playing within the world's loudest venue. Chelsea's history playing in front of Turkish audiences to date is not very favorable either. Their past endeavors against Besiktas and Fenerbahçe in Istanbul's lesser stadiums against much lesser squads did not favor them either as they left the country with losses in hand. With the prospect of European glory to offset potential domestic failure looming over the heads of both sides, Wednesday's first leg of the Round of 16 matchup promise to be more than exciting.