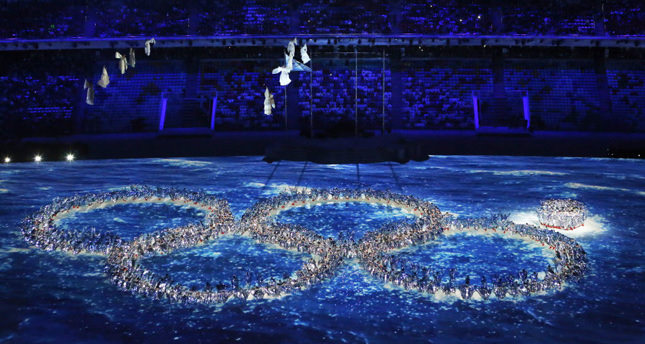 by daily sabah Mar 14, 2014 12:00 am
ISTANBUL – Facilities built by Turkish contractors for the Sochi Winter Olympics were integral to the success of the Winter Games, said Russia's Chamber of Commerce President Sergei Katyrin at a trade and investment forum in Istanbul.

"Turkish companies built sports and accommodation facilities prior to the Winter Olympics in Russian cities. The exact volume of work completed by Turkish [companies] cannot be known as [they] took over some projects after they had been started and many were in partnerships. During the most intense period of construction in Sochi 14,000 Turkish workers were working on numerous projects," Katyrin remarked.

He added, "Russian firms also have made very big investments in Turkey. Last year, this number was $843 million. We are very pleased with this."

Katyrint also expressed his country's desire to bolster trade relations between the two countries. "We are here [in Istanbul] to increase our cooperation with Turkish partners.

We have many projects to work on. We will exert all efforts to realize these projects. We are ready to do everything that we can to further our relations," he noted.

In regard to the latest developments in Crimea, Katyrint said that he did not expect an increase in trade relations between Turkey and Russia.