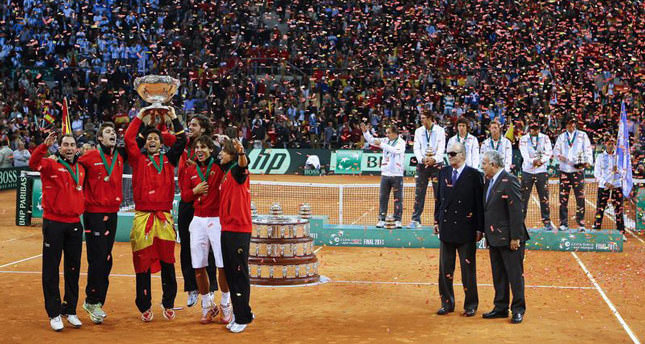 by AA Apr 07, 2014 12:00 am
ANTALYA — The SportAccord Convention, a gathering of more than 2000 leading representatives from the sports industry, commenced in Belek in the Antalya province of Turkey on Sunday with a discussion on the olympics.

President of the Association of Summer Olympic International Federation and International Tennis Federation Francesco Ricci Bitti talked to the Anadolu Agency and praised Turkey's organizational skills in hosting the event at Antalya Susesi Luxury Resort, and said that he has never seen such a high quality of organization for such an event.

"Nowadays Turkey is in a very important standing both in Europe and in the world and this country deserves more than this," added Bitti referring to Turkey's ability to host international events.

Bitti acknowledged the steps that Turkey has made in the organization of tennis in the country, however, he said that if Turkey wants to move towards higher levels in competitive tennis, they need more activities, coaches and tennis courts also. If these improvements can be implemented, Turkey can be good in raising the profile of tennis in the country.

Bitti thanked SportAccord Convention's media partner, Anadolu Agency for their attention and support. "We will be very happy to work with you during the congress, and I congratulate the Agency's on its 94th anniversary."