Cavendish shines in stage for of Tour of Turkey 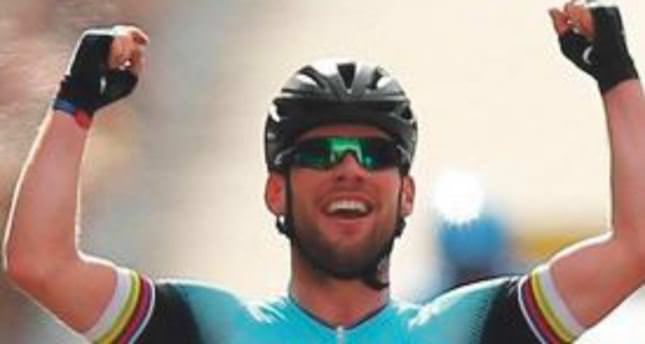 by Daily Sabah May 02, 2014 12:00 am
ISTANBUL — Following his defeat in the third round of Turkey's presidential cycling competition, Mark Cavendish outpaced his opponents once more. The mountainous stretch separating Alanya from Elmalı in the earlier round had proved difficult for the British champion, however the 132 km starch between Fethiye and Marmaris proved more to his liking. Though day four of the competition started off in delays caused by crashes which resulted from the harsh conditions, Cavendish and other breakaway riders had gained a 2:30 minute lead over their competition when the competition once again resumed. The fourth round never looked doubtful for Cavendish as he and his team, Omega Pharma-Quick-Step, quickly pulled ahead of the pack once more.