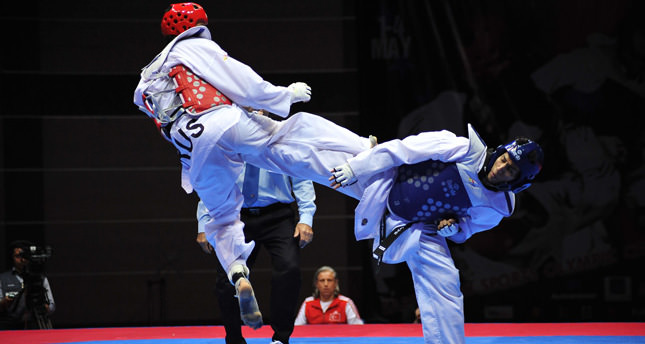 by AA
May 06, 2014 12:00 am
BAKU, Azerbaijan — Turkey's Olympic champion Servet Tazegül has won gold in the men's 68 kilogram category at the 2014 European Taekwondo Championship in Baku Sunday. Tazegül said that he was very glad to be European champion once again after the medal ceremony, adding "my prime target is to succeed in the next Olympic Games."