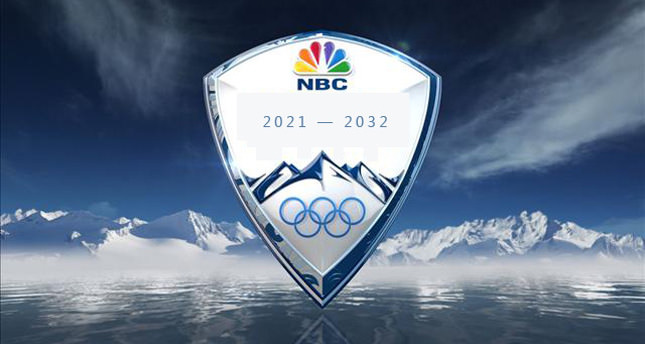 by May 07, 2014 12:00 am
NEW YORK — The International Olympic Committee (IOC) and US broadcaster NBC-Universal announced Wednesday they have reached an American television rights deal worth $7.65 billion that runs from 2021 through the 2032 Olympics.

"This agreement is excellent news for the entire Olympic movement as it helps to ensure its financial security in the long term, in particular future host cities of the Olympic Games, the athletes of the 204 National Olympic Committees and the International Sports Federations," Bach said.

The unprecedented long-term contract also has an additional $100 million signing bonus for the promotion of Olympism and Olympic values between 2015 and 2020.

"The IOC has worked in close partnership with NBC for many decades, and we are thrilled we will continue to work with them through to 2032," Bach said.

NBC had bought rights in 2011 to all US Olympic broadcast coverage through 2020. The network has shown every Winter Olympics to US audiences since 2002 and every Summer Olympics to American viewers since 1992.

"This is one of the most important days in the history of NBC Universal," said its chief executive, Steve Burke.

"The Olympics are part of the fabric of our company and we couldn't be more excited that today's announcement guarantees that this massively popular and profitable programming will continue to air every two years on the broadcast, cable, digital and mobile platforms of NBC Universal for the next two decades."

Comcast Corporation, the cable television and communications firm that bought NBC Universal in 2011, said their trust in the IOC to deliver secure and exciting Olympic events for nearly another two decades was a key part of the deal.

"Our long-term commitment to and investment in the Olympic movement are a reflection of our belief in the future of broadcast television as well as our confidence that our partners at the IOC will continue to deliver great Games and that the Olympics will remain the world's premier sports event," said Comcast chairman Brian Roberts.
Last Update: May 07, 2014 8:48 pm
RELATED TOPICS