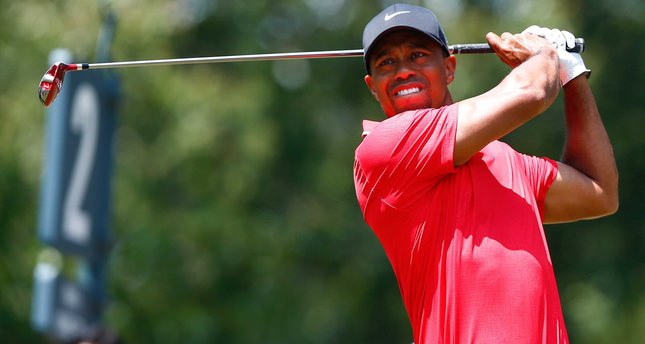 by Jun 09, 2014 12:00 am
PINEHURST, United States — Practice began Monday for the 114th US Open without Tiger Woods, the 14-time major champion still recovering from surgery with no timetable to return and a six-year major win drought.

Woods, trying to pass the all-time record of 18 majors won by Jack Nicklaus, captured his most recent major crown at the 2008 US Open, when he limped through an 18-hole playoff at Torrey Pines on a broken leg to defeat Rocco Mediate.

A pinched back nerve has kept Woods from playing since the final round at Doral in early March. He underwent a microdiscectomy on March 31 to end the pain but has been rehabilitating since the surgery and missed the Masters for the first time in his career last April.
"I'm not yet physically able to play competitive golf," Woods said two weeks ago. "The US Open is very important to me and I know it's going to be a great week.

"Despite missing the first two majors, and several other important tournaments I remain very optimistic about this year and my future," Woods said.

Woods has won major titles on the courses where the year's two remaining will be played, the British Open next month at Hoylake and the PGA Championship in August at Valhalla.

But there's no guarantee the 38-year-old American will be healthy enough for either.

"I hope to be back sometime this summer but I just don't know when," Woods said.

"There's no date, no timetable. Just taking it day by day and trying to get stronger. I miss being out there. I miss hitting balls and just playing."

This week's event is the sixth major tournament Woods has missed in his career due to injury, including the British and PGA in an eight-month layoff after his 2008 US Open triumph.

Woods also missed the 2011 US and British Opens with knee and Achilles tendon injuries.

Woods said that once he is cleared to return to full golf workouts, he might need only two weeks to be ready to play.

"I don't think it would take more than a couple weeks," he said. "Now how rusty and I going to be? The more time you give me the better I'll be."

Woods has not yet said if he will play in a PGA event he hosts in Washington in two weeks that benefits his charity foundation.

Woods, who has fallen from first to fourth in the world rankings since being sidelined, posted a Twitter note Sunday night to a fellow 14-time major winner, Spanish tennis star Rafael Nadal.

"Congrats to Rafael Nadal on his 9th French Open, guy is so impressive," Woods tweeted.

Despite Woods' latest health issues and his numerous knee surgeries and swing changes to try and protect parts of his body from further damage, Nicklaus says he still expects Woods to someday break his record, but adds that health issues, not rising young stars, will be the toughest obstacle Woods faces.

"I think his biggest stumbling block probably is going to be his health," Nicklaus said two weeks ago at the Memorial, a key US Open warm-up event.

"If he's healthy, I think Tiger's got 10 plus years to play top-quality tournament golf. He has got a little over 40 major championships.

"He has only got to win five to pass my record. As good a player as he is, I don't think that should be a big deal.

"But, then again, he's got to do it. Plus he has also got to be healthy to be able to do it. The last part is a factor."