Sabah photo-journalist dies in a tragic accident at Galatasaray facilities 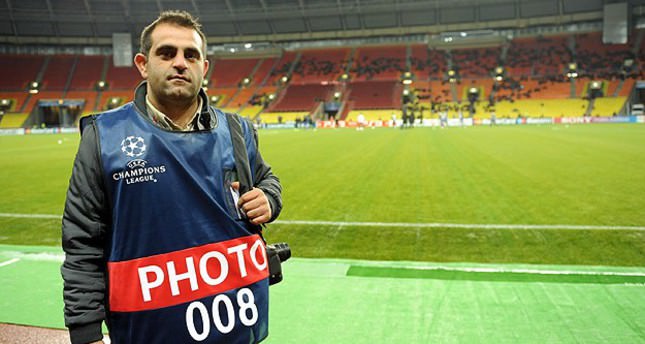 by Daily Sabah Aug 04, 2014 12:00 am
Turkish photo-journalist Erkan Koyuncu died on Saturday in an unexpected accident at Galatasaray's training facilities in Florya, Istanbul. He was working for Turkey's highly-circulated daily newspaper Sabah. The heartwrenching accident happened at the facility's entrance door. Koyuncu's head got jammed in the door and he experienced severe damage to his brain. He was immediately taken to the hospital but could not be brought back to life despite all efforts.

He was 37 years old and leaves behind two children. Koyuncu had been working for Sabah since 1999. A ceremony was conducted for Erkan Koyuncu at Sabah newspaper yesterday. Galatasaray's footballers and technical squad have been in a great deal of shock since the tragic accident happened. Galatasaray's Italian manager Cesare Prandelli and footballers visited him in the hospital and felt deep sadness after he died.
Last Update: Aug 04, 2014 2:05 am
RELATED TOPICS