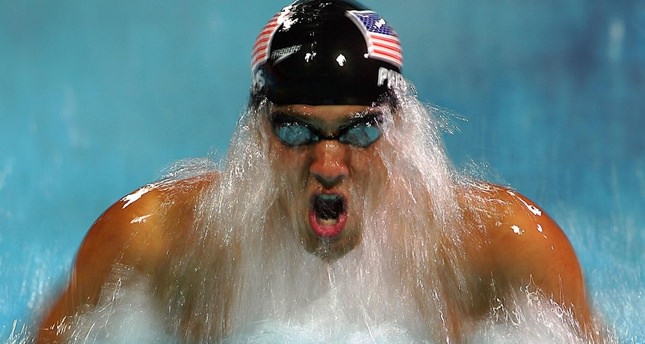 by Aug 11, 2014 12:00 am
Michael Phelps overcame the first hurdle to a potential return to Olympic competition in 2016 when he was named along with exciting teenagers Katie Ledecky and Missy Franklin on the U.S. team for the Pan Pacific Championships on Sunday.

Phelps' qualification for the Aug. 21-24 championships on Australia's Gold Coast has also earned the winner of 18 Olympic gold medals a ticket to next year's world championships in Kazan, Russia.

His fellow Olympic champions Allison Schmitt, Natalie Coughlin and Katie Hoff, however, failed to make the team for the Pan Pacific championships in Australia.

The trio failed to make the top three in any of their individual events at the U.S. National Championships in Irvine, California and were not included in the 60-strong squad that also earned selection for next year's world championships.

Phelps, who came out of retirement in May after quitting the sport following the 2012 London Olympics with 22 medals in total, was using the national championships to determine whether he would push through to Rio.

He qualified for the 100 metres butterfly and 200m individual medley at the championships.

Ledecky, who qualified in the 200m, 400m and 800m freestyle, set a world record in the 400m in Irvine, her third record swim inside six weeks. She broke the 800m and 1500m freestyle records at a meeting in Texas in June.

Franklin, who won four golds at the London Olympics, qualified for four individual events in the 100m and 200m freestyle and 100m and 200m backstroke.

The women's group will feature up-and-comers like Simone Manuel in the absence of the missing Olympic trio.

Coughlin won the 2004 and 2008 Olympic 100m backstroke, Schmitt won five medals in London, including three gold, while Hoff won three medals at 400m freestyle and medley and a 200m relay in Beijing in 2008.