Bordes and Offringa get titles in Alaçatı Wind Surfing race 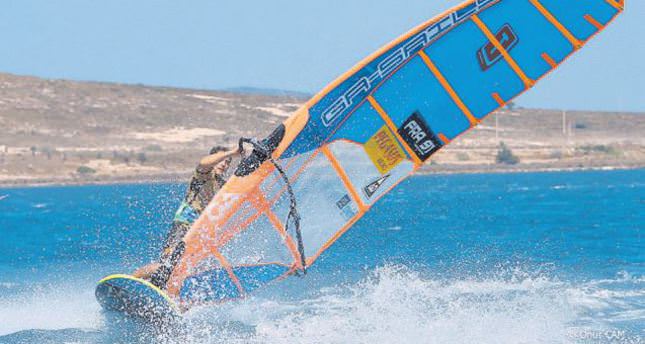 by Gülcan Demirci Sep 03, 2014 12:00 am
Pegasus PWA Windsurf World Cup, which was held for the eighth time in Alaçatı, Çeşme finished this weekend with French speedracer Cedric Boders came first in the men's category while Sarah-Quita Offringa ranked first in the women's categories. Pegasus PWA Windsurf World Cup, sponsored by Pegasus Airlines, hosted 64 men and 21 women competitors from 35 countries, including 28 Turkish sportsmen, along with 3,000 windsurfing devotees set over a 12,500 square meter area. After the race, which continued for a whole week, 55,000 Euros (TL 156,000) were given to the top ranked windsurfers.