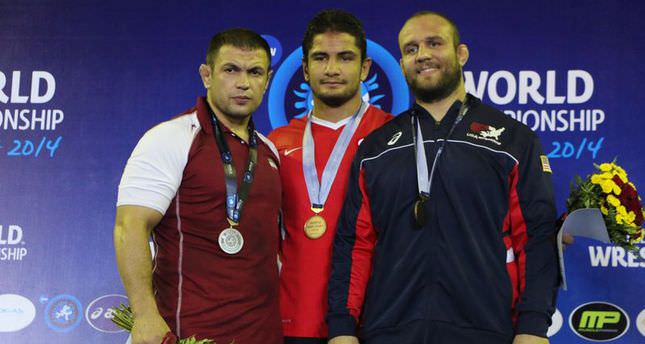 by AA Sep 09, 2014 12:00 am
Turkey has claimed a gold, a silver and a bronze medal in the freestyle category on the first day of the World Wrestling Championships.

In the 70 kilo category, Yakup Gor was defeated by Russian opponent Khetik Tsabolov 10-0 and would have to settle with a silver medal.

Selim Yasar beat Kazakh opponent Aslan Kakhidze 5-2 to get a bronze medal in the 86 kilo category.

The tournament will continue on Tuesday when four other Turkish wrestlers - Recep Aktaş, Mustafa Kaya, Soner Demirtaş and Samil Erdoğan - take the field.