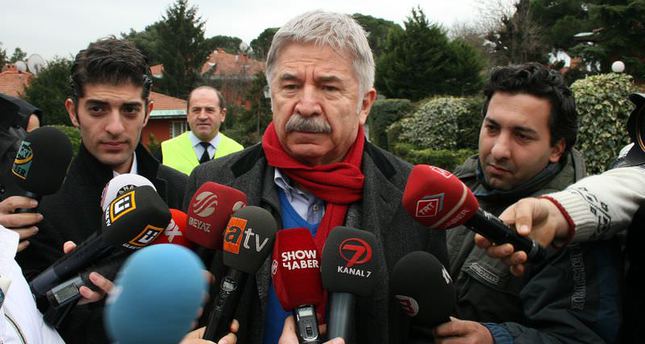 by Daily Sabah Sep 13, 2014 12:00 am
The Turkish Sports Club Galatasaray and Ali Kırca part ways after six months, according to a statement on the club's website.

Kırca, 65, is a well-known news reporter as well as a journalist having worked in prominent TV channels such as TRT, Atv, NTV, and Show TV. He took the helm of Media and Communications department at Galatasaray six months ago, causing a stir with his very-high salary.

Kırca resigned from his post at Galatasaray, according to a statement on the club's website on Friday.

Kırca gave his resignation so that he could allocate more time to writing, the statement said. Kırca is very enthusiastic about his new writing projects, according to the statement. "We understand Kırca's desire to resign and therefore accepted his resignation letter although we are sorry to lose him."

"During the resignation meeting, Kırca stated that he will give his support to Galatasaray, should any duty be assigned to him", the statement said.
Last Update: Sep 13, 2014 12:40 pm
RELATED TOPICS