Does Beşiktaş have a strategy? 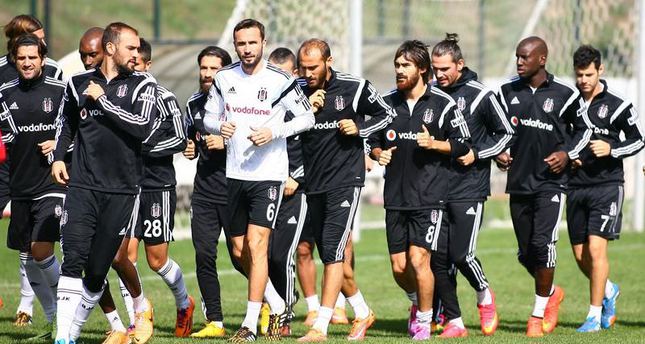 by Arda Alan Işık Oct 02, 2014 12:00 am
Ironically, Beşiktaş coach Slaven Bilic was very "frank" about his game perception, while blaming his players for lost two points against Eskişehirspor at the end of the game:

"Our forward players disappointed me. We had created very few possessions, only Gökhan Töre was creative enough. To be honest, while our opponent had left such a wide space for us in the second half, our team was supposed to score the second goal."

One can refer from these sentences that, Slaven Bilic thinks creating a goal possession or utilizing available spaces are duties of players but not coaches. If he had assumed these as a coaches work, I believe he would have said this:

"I have not planned a strategy to use utilizable spaces, therefore our team could not create opportunities."

It is not fair and logical to expect players to create a strategy within 90 minutes. Especially, when you think of every possession in the game has functionality for maximally three seconds (Then it loses its momentum), it is almost impossible. In this way of thinking, a player (Maybe we should say "Superman") should be able to "foresee" at least five moves ahead in three seconds. Otherwise, as it always has been, game becomes a "visual cacophony", because players normally cannot perform both coaching and playing in a limited period of time.

What really determines whether a game is coincidental or sustainable is the proportion of "coach logic" in it. This also creates the difference between primitive and modern football. Thus, what we see in Beşiktaş's game is a total unconsciousness.

Apparently, the only thing that Bilic designed for Beşiktaş is crosses from wing players which aim Demba Ba in the penalty box. Other parts of the game, such as, how Beşiktaş is going to utilize the field, pressure its opponent, carry the ball to wings etc. are mysterious at the moment. Most coaches deal with these questions by encouraging their players to use unpredictable long balls, and Bilic is one of them. Hence, what most coaches and Bilic doing is literally "passing" their "homework" to chaos.

However, it is sad to see the laziness of Beşiktaş's game when considering Bilic's socialist football theory. Even if his theory was exciting and promising at the beginning, he could not transform his theory into practice, unfortunately. Rather than a collectivist team, Beşiktaş is still awaiting some "magic" from Demba Ba, Oğuzhan or Sosa's feet.

Elsewhere, Galatasaray enhanced its game with a clever solution. Since Cesare Prandelli acknowledges the principles of the modern football, they were already on the right track. However, on the Sivasspor game, Prandelli tried an interesting way to carry the ball to the opponents field. He positioned "Attacking Midfielder" Wesley Sneijder in front of the back players and "Defensive Midfielder" Felipe Melo to central back. This move improved the quality of early game and paved the way for a settled offensive organization. Especially, Sneijder were involved in every position and almost every organization started with him.

Both Melo and Sneijder are fundamentally "sufficient" players to start building a systematic game. Their ball control and passing skills makes Galatasaray able to carry the ball to opponents side. Thus, Prandelli does not need chaos to create opportunities. Addition to that, Sneijder's involvement to every position gave confidence to his teammates, therefore they avoid lost balls by simply giving it to Sneijder.

On the other hand, despite this clever "Sneijderistic approach", fundamental problems are still threatening Galatasaray's game. For instance, team yielded to its own half while Sivasspor was charging thoughtlessly with four strikers. In fact, there was a huge gap on the middle of the pitch that can be used to cripple Sivas offences, but Galatasaray chose to let Sivasspor to play its "kick and rush" game.

Prandelli has to find new solutions for these fundamental problems like he did with Sneijder. He could use more players who build bridge between the back and the forward of the game. Those simple touches would make a huge difference.

Although he is one of the best goalkeepers in the Super Lig, Tolga Zengin needs to undergo a self criticism about his fitness. His physical condition is unpredictable and this could be the worst characteristic of a goalkeeper. However, Tolga does not deserve that and he must stop getting injured every game. Additionally, his long goal kicks in order to create a chaos on opponents side is an evidence that Bilic has no certain strategy. On the other hand, Muslera's improved foot skills gaining consistency. Unlike Tolga, his goal kicks are part of a strategy.