Mesut Özil wants to quit Arsenal and head to Bayern 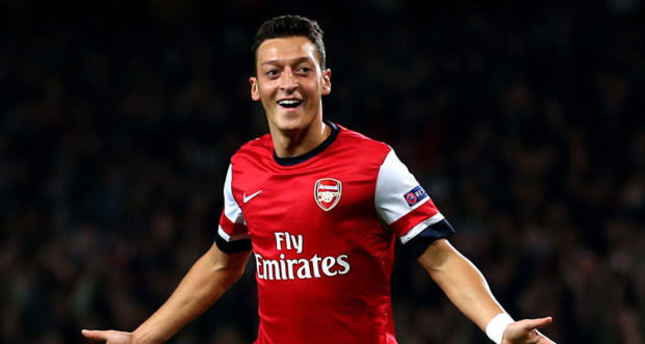 by Daily Sabah Oct 14, 2014 12:00 am
Mesut Özil wants to quit Arsenal as soon as January and the Gunners are believed to be ready to do business. Bayern Munich are lining up a bid of around 30 million pounds (TL 109.5 million) for Özil, who joined Arsenal from Real Madrid last summer for a club record 42.5 million pounds. According to sources close to him, the Germany star has grown increasingly unhappy at the Emirates, not least because he is not being playing in his preferred forward floating role by Arsene Wenger. Özil returned to Germany last week only to discover what was thought was a minor knee injury could in fact rule him out for up the three months. It might even mean he has played his last game for the Gunners. Wenger doesn't usually like to do business in January but could see take the opportunity to offload Özil and bring in his compatriot Sami Khedira from Real Madrid. Arsenal may also move for two other Germany stars in Mats Hummels and Julian Draxler. The Gunners are apparently open to the idea with Wenger ready to cut his losses after Özil's less than spectacular start to the season. Pep Guardiola and Bayern Munich are prepared to offer 30 million pounds for the World Cup winner, with compatriots Sami Khedira, Mats Hummels and Julian Draxler all touted as possible targets for yet another Arsenal rebuild.