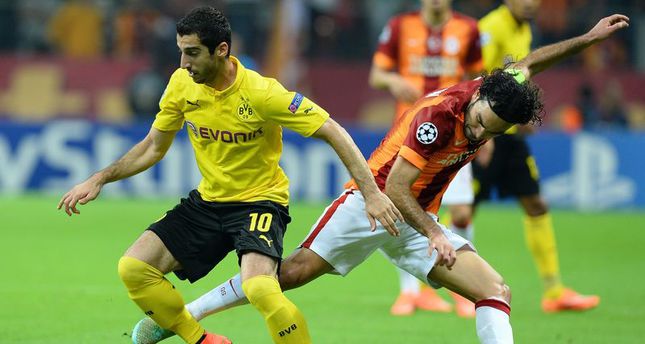 Dortmund's third victory in three matches strengthened its grip on Group D with nine points. Arsenal beat Anderlecht 2-1 and is second with six. Anderlecht and Galatasaray have one each.

Aubemayang opened the scoring in the sixth minute, when he tapped in a cross from Marco Reus, and doubled the lead in the 18th with another simple strike from close range. Reus scored the third in the 41st by curling in a spectacular shot from more than 20 meters (yards).

Adrian Ramos added the fourth in the 83rd, one minute after coming on for Shinji Kagawa.

All four goals came after poor defending by Galatasaray.