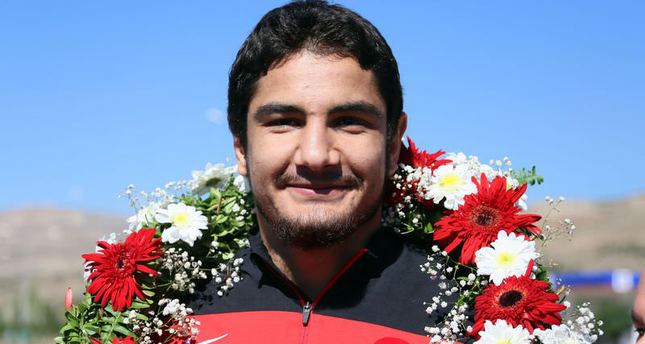 by AA Oct 29, 2014 12:00 am
The Turkish wrestler Taha Akgül has been awarded the title of best wrestler of the world in 125-kilogram freestyle category by the international governing body for the sport of wrestling -- United World Wrestling (UWW) -- on Wednesday.

"I have struggled to raise Turkish flag since the moment I began my sports life and I will not be overcome by languor following this title," said Akgül.

The 24-year old wrestler won a gold medal in the world championships held in Uzbekistan last month. This past April, he had become a three-time European champion in Vantaa, Finland.

He thanked the chairman of the Turkish Wrestling Federation, Hamza Yerlikaya and pledged to have the Turkish national anthem played in the Rio de Janeiro 2016 Summer Olympics, in Brazil.