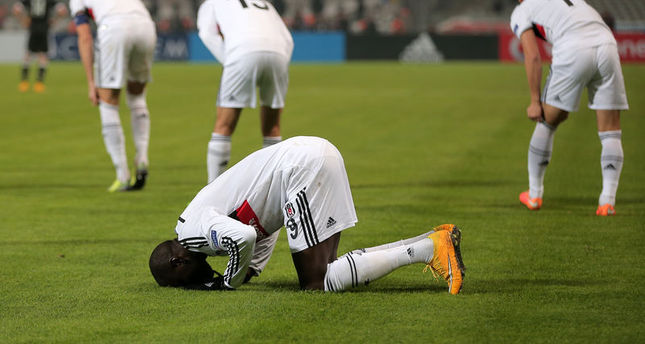 by Daily Sabah Dec 30, 2014 12:00 am
Demba Ba, a professional footballer who plays as a striker for Beşiktaş and the Senegal national team, has adopted an unusual way of expressing joy after scoring a goal, which is causing controversy.

The tradition of the Muslim footballer to prostate himself in the direction of the goal has become a hot debate among the scholars who are arguing about whether his prostration is in line with the rules of Islam. The prostration, which major world religions employ as an act of submissiveness or worship to a supreme being or other worshiped entities, is called secdah in Islam, and some scholars argue it is only permitted to be applied in address to Allah, and in the direction of the Qiblah.

A prominent Islamic scholar, Ahmet Mahmut Ünlü, responding to a question about whether it was right, in accordance with the principles of Islam, for Demba Ba to prostrate himself after each goal during the matches in Super League, said "It is a risky and dangerous thing to do" and suggested that the footballer was 'unintentionally' committing sin. However, other Islamic scholars have argued that it is a means of expressing gratitude to God and have no qualms with its permissibility under Islamic laws.

But Ünlü still finds his acts inappropriate, adding: "The prostration to show gratitude [other than those employed during the prayers] is also required to be in the direction of the Qiblah, where the Kabah is located. But Ba prostrates himself in the direction of where he scored, which is a sin."

Beşiktaş J.K. of the Turkish Super League signed Ba from Chelsea for €6 million on 16 July 2014. He has reportedly prostrated himself 16 times on the pitch. 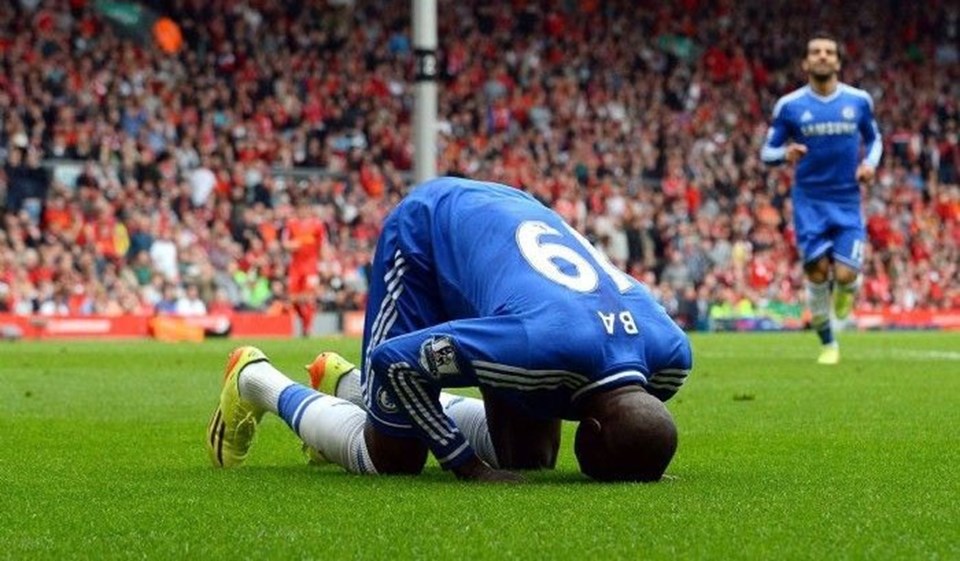