2014 was a successful year for Turkish sport 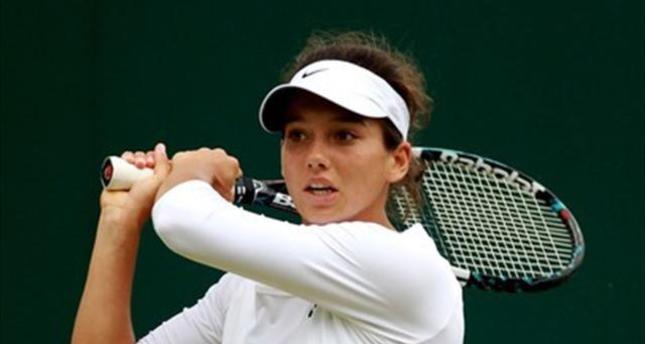 by Daily Sabah Jan 01, 2015 12:00 am
Turkish football fans did not have much to celebrate in 2014. Turkey's national football team failed to qualify for the 2018 World Cup finals. And Turkish teams performed poorly in the European cups. However, Turkish sportsmen and sportswomen achieved important successes in other sports. Galatasaray Odeabank became the first Turkish female basketball team to win a European title. Turkish wrestler Taha Akgül was named as the world's best in the 125-kilogram freestyle category. İpek Soylu, who claimed the title in the Junior Women's Doubled Final at the U.S. Open, brought the first Grand Slam championship trophy to Turkey. Turkish diver Şahika Ercümen broke a new world free diving record in the variable weight without fins discipline category.

Galatasaray Odeabank became the first Turkish female basketball team to win a European title, after a big victory over archrival Fenerbahçe on April 13. The Lions roared to a 69-58 victory over Fenerbahçe in a game played in Ekaterinburg, Russia, to claim the Euroleague Women title in a historic match for Turkish basketball.

United World Wrestling (UWW), the international governing body for the sport, on Oct. 27 named Turkish wrestler Taha Akgül as the world's best in the 125-kilogram freestyle category. The 24-year-old wrestler won a gold medal in the world championship held in Uzbekistan in September. In April, he had become a three-time European champion in Vantaa, Finland.

Hafid Chani and Amane Gobena took the honors at the 2014 Vodafone Istanbul Marathon, winning the IAAF Gold Label Road Race in 2:11:53 and 2:28:46, respectively, in November.

Turkish sportsman Servet Tazegül won the gold medal and became the European champion in taekwondo in the men's 68- kilogram-class during the championship that took place in Azerbaijan's capital Baku in May.

Turkish diver Şahika Ercümen broke a new world free diving record in the variable weight without fins discipline on July 23, off the coast of the Mediterranean resort town of Kaş in July. Ercümen performed a 91-meter dive in 2:49 minutes, taking the record from another Turkish diver, Derya Can, who broke it last year.

Brooks Koepka held off a spirited challenge from Ian Poulter to win the Turkish Airlines Open, put on by the Ministry of Youth and Sports. Koepka claimed his first European Tour title in Antalya, a result that ensured Rory McIlroy won The Race to Dubai for the second time in three years.