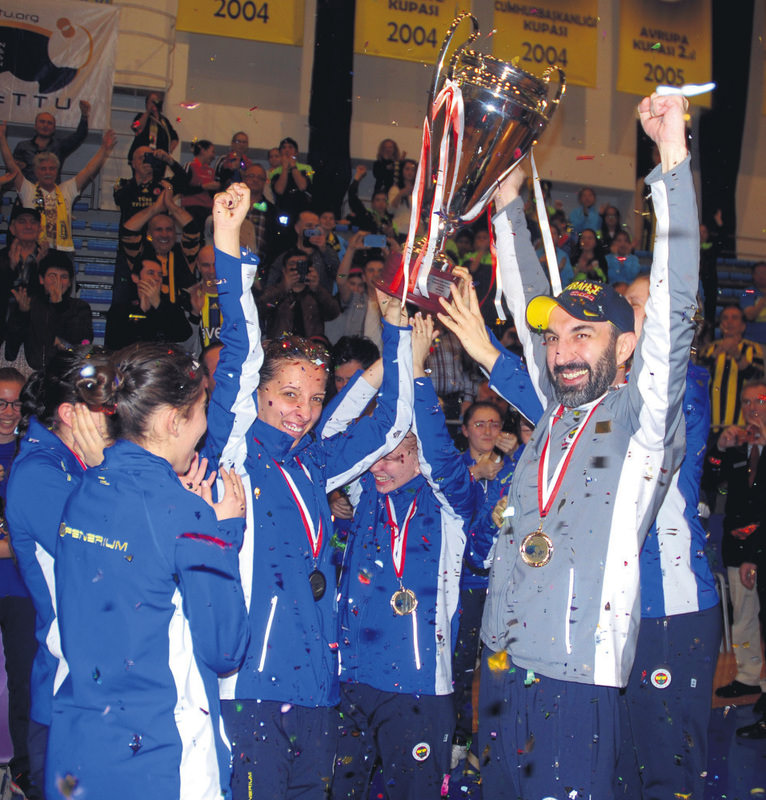 by daily sabah Apr 06, 2015 12:00 am
Turkish champion Fenerbahçe reached its very first Women's European Champions League, defeating Austrian Linz AG Froschberg 3:1 in front of Fener fans. Three weeks ago, in Linz, the number one seed won 3:2; thus, Fenerbahçe's manager Gürhan Yaldız fulfilled what he promised: That his side will end the 2014/15 season with a perfect 10:0 score. Linz expected to play a close game and wait for its chance, but its plan went in a bad direction when Liu Jia lost to Elisabeta Samara during the third encounter. Before that game, the rivals were leveled. Jia Wen, who was the host's number one this time instead of Wu Yang, did the same thing as her compatriot three weeks ago, winning two matches. She overcame Iveta Ivancan in the opening game and Li Xiaodan in the latest one, playing four games both times. Li Xiaodan managed to beat Irene Ivancan again to keep her side on the right track, but Elisabeta Samara secured a crucial point against the 2005 individual European champion Jia who also gave Linz the WECL title in 2009 and 2013. There were many upside-downs in the first four sets, while the host was unstoppable during the fifth game. Finally, Jia overcame LI in the match, which closed the 2014/15 season.
Last Update: Apr 06, 2015 2:22 am
RELATED TOPICS