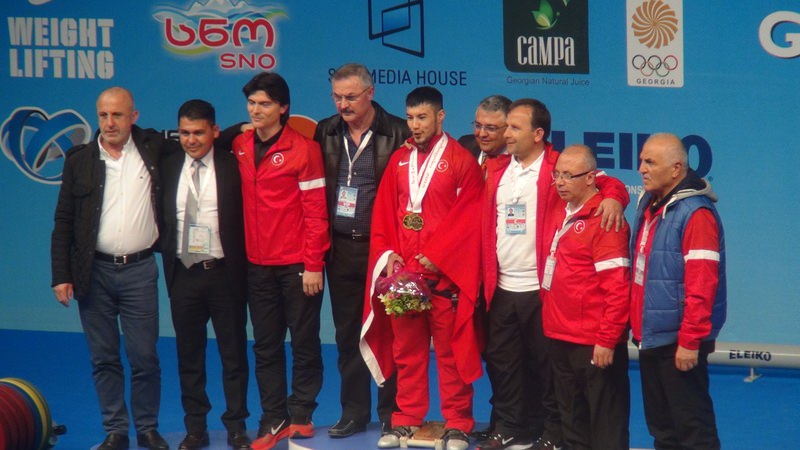 In clean and jerk, Ismayilov won his second gold medal. Petrov claimed the silver and Matam took the bronze medal.

In total, Ismayilov won his third gold medal by reaching 337 kilograms. Petrov lifting 322 kilograms was the runner-up and Kingue Matam received the bronze medal with 321 kilograms.

Meanwhile in women's category Aysegul Coban Basol managed to win a silver medal in clean and jerk and a bronze in total.

Ninety-six women and 136 men from 38 countries are competing in the Senior European Championships which began on April 9 and will end on April 18.
Last Update: Apr 13, 2015 10:26 am
RELATED TOPICS