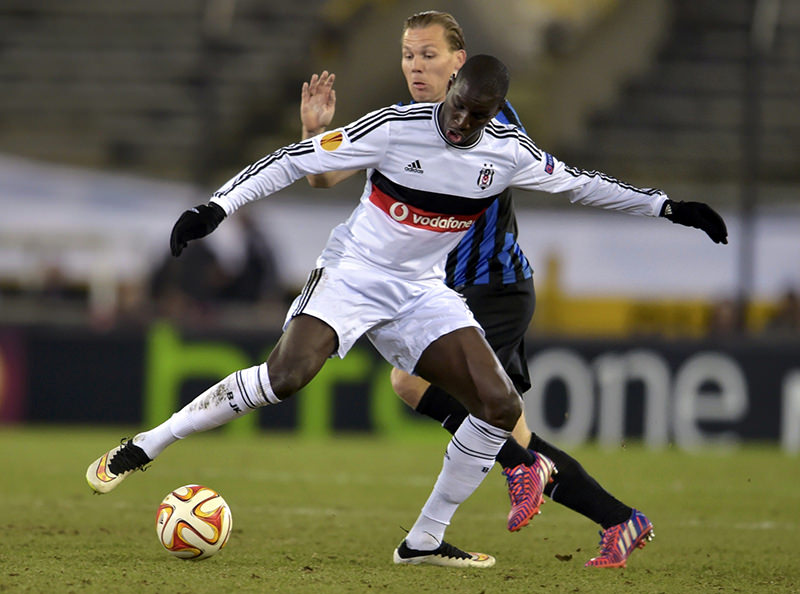 | Reuters Photo
by daily sabah Apr 14, 2015 12:00 am
A Turkish entrepreneur aiming to benefit from the fame of Beşiktaş's Senegalese striker Demba Ba has named his dairy products after him without permission.

Ba has won over the Beşiktaş fans in his first season at the club thanks to his goals. But nowadays, his name has become a cheese and olive brand "Dembaba." Ali Ceylan, the shrewd producer, had the brand's name written as "Dembaba" not "Demba Ba" so he would not have to be sued for any royalties.

"I am a die-hard fan of Beşiktaş and Demba Ba is the player I really enjoy watching and I believe he is an exemplary individual," said Ali Ceylan, who already owns and manages another dairy brand.

The new Dembaba product line will be Ceylan's second label, according to bgnnews.com. Though the spelling might be different, with the first and last name of the Senegalese striker put together for the brand, there still is an explanation for it, says the brand owner. Baba literally translates to father in Turkish, a term of familiarity used in daily life as a sign of respect or grandeur. The Dembaba product line will feature cheeses, olives and other common products featured in Turkish breakfast dishes.

Ceylan also plans to expand on other lines related to the Istanbul club. "We will have new concepts related to Beşiktas. I plan to bring them to life soon." Demba Ba signed from the Chelsea, after finding limited playing time with heavy competition after successful spells at Newcastle and West Ham United. He was quick to become a fan favorite and a focal point of Beşiktaş's 4-3-3 formation, with a prolific record, scoring 15 goals in 22 games.