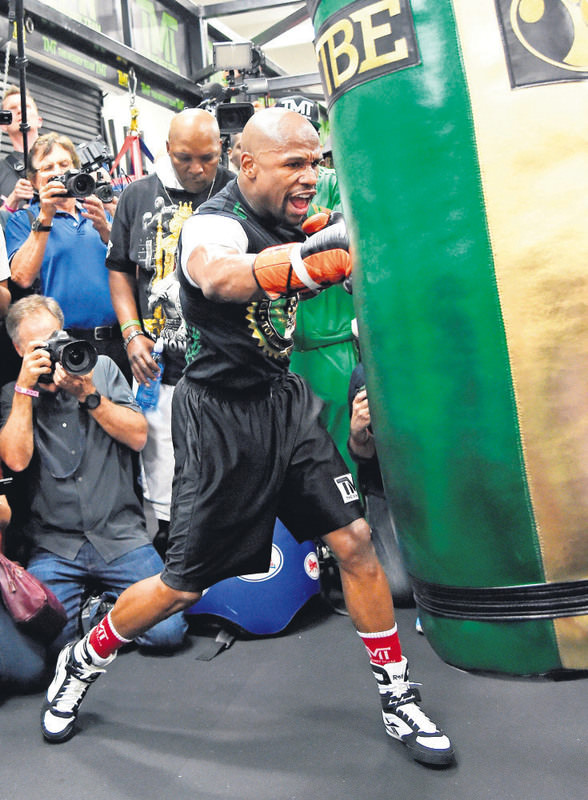 by Associated Press Apr 24, 2015 12:00 am
Floyd Mayweather Jr. refused Wednesday to back off earlier comments declaring himself a better fighter than Muhammad Ali. Mayweather said he respects Ali's great career and the things he did outside the ring. But he said he believes he has done as much in boxing as the legendary former heavyweight champion ever did, without the losses that Ali suffered in his career. "He called himself The Greatest and I call myself TBE (The Best Ever)," Mayweather said. "I'm pretty sure I'll get criticized for what I said, but I could care less. I could care less about the backlash."

Mayweather had earlier said that he was better than both Ali and Sugar Ray Robinson, pointing to his 47-0 record as proof. He also said he would never have lost to a fighter like Leon Spinks, who beat an aging Ali in 1978 after having just seven pro fights.

"I just look at Ali's career when he fought Leon Spinks and lost to a fighter with seven fights," Mayweather said. "There were some other fights he lost and he's still known as The Greatest because that's what he put out there. It is what it is."

A little more than a week before his megafight with Manny Pacquiao, Mayweather said,

"I know it's the biggest fight in boxing history but I can't approach it like that. I'm never going to put any unnecessary pressure on myself. I like to approach the fight like he's a fighter who's extremely talented. But my thing is to just be Floyd Mayweather."

While Mayweather's place in history may be in debate, there's no debate that he will make the biggest purse ever against Pacquiao. Depending on pay-per-view sales which reportedly have been strong for a fight still 10 days away he could earn as much as $180 million for the welterweight title bout.
RELATED TOPICS