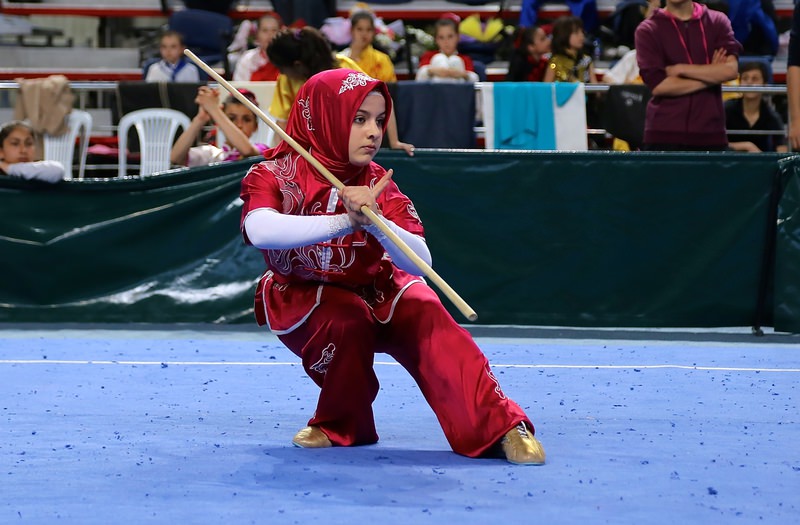 by Anadolu Agency Apr 29, 2015 12:00 am
Turkey will not participate in any event organized by the European Wushu Federation because of its alleged ban on women wearing headscarves, a senior official of Turkey's Wushu Federation said Wednesday.

"In 2014, we did not take along women athletes from Turkey to the championship, but this year we have decided not to attend the event itself," Abdurrahman Akyüz, Turkish official of the International Wushu Federation, told The Anadolu Agency.

Akyüz said that the decision was made in protest after the European Wushu Federation ruled that sportswomen wearing headscarves could not take part in the competition.

Also, he said that Italy and France too had decided to stay out of the European Wushu Federation over what it said was "maladministration" reasons.

In 2013, Akyüz's daughter and Turkey's national athlete, Zeynep Akyüz, did not get any score when she performed at the competition wearing a headscarf.

The federation had said the girl's costume did not conform to the federation's rules. "There are clear and strict rules about different kinds of competition costume and its parts," it said.

In response, Zeynep Akyüz had said that the European Wushu Federation's decision to ban women who wore headscarves was "disrespectful" to the Islamic world.