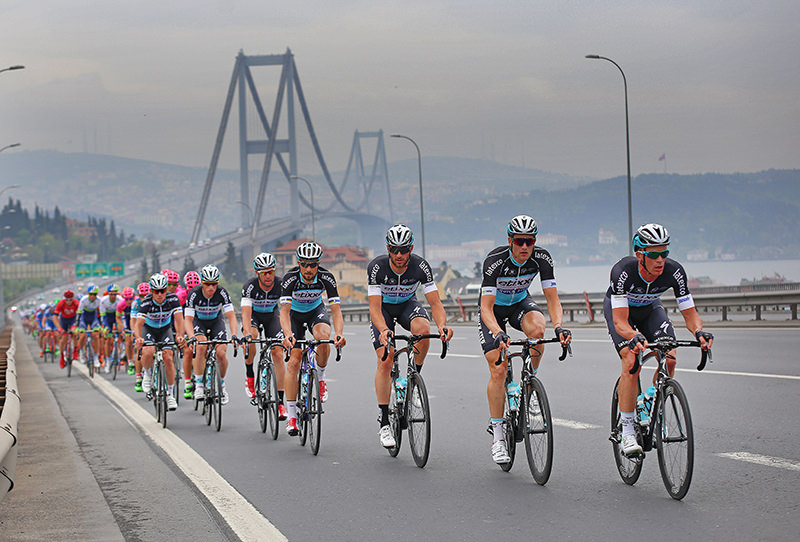 Emerging as an opportunity to showcase the Turkish landscape, the eighth and final stage of the 51st Presidential Cycling Tour of Turkey has ended in Istanbul with 150 cyclists from 21 teams competing. Croatian cyclist Kristijan Durasek, racing for Lampre-Merida, won the Tour of Turkey

Croatian cyclist Kristijan Durasek, racing for Lampre-Merida, has won the Tour of Turkey while Spanish cyclist Luis Guillermo Mas Bonet of the Caja Rural-Seguros RGA team claimed victory in the eighth and final stage of the tour held in Istanbul.

The 124-kilometer stage started at Sultanahmet Square in the historic peninsula at 10:00 a.m. local time. The cyclists returned to the same area for the finish after going through Karaköy, Kabataş and Dolmabahçe districts. They also crossed the Bosporus Bridge, which connects Europe and Asia. Last year, British cyclist Adam Yates won the 50th Presidential Cycling Tour of Turkey. 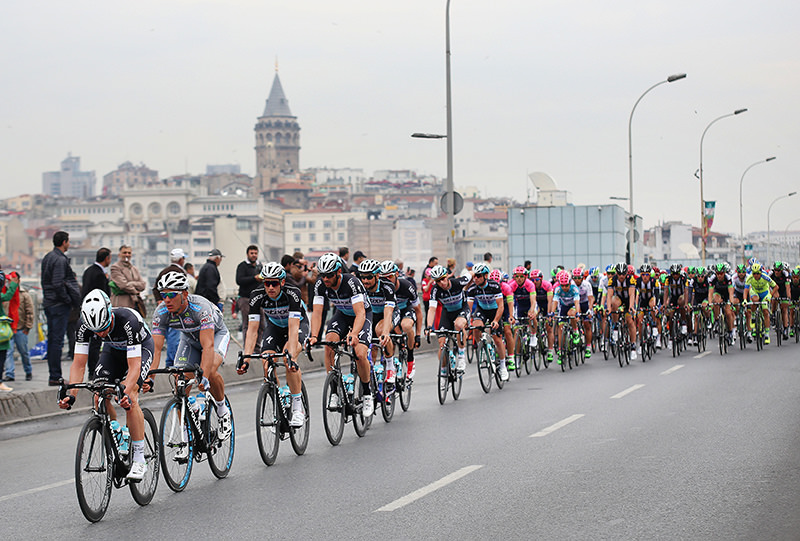 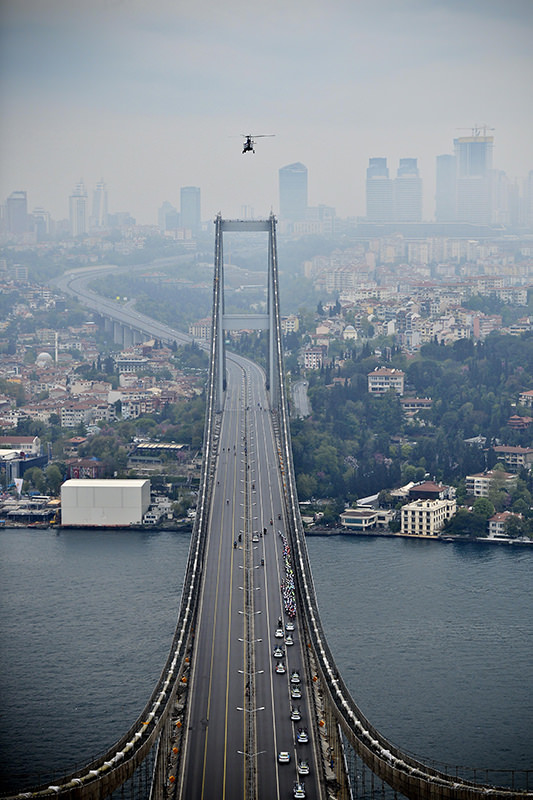 Turkish President Recep Tayyip Erdoğan handed the awards to the cyclists after the 51st Presidential Cycling Tour of Turkey. Speaking during the award ceremony, Erdoğan said, "Both local and international participation in the Tour was quite good. I'm very pleased with that. The tour was organized very successfully. Our biggest goal is to popularize cycling in Turkey. We promised we would take steps for it. Therefore, I invite our corporations to take steps for cycling sports. We must promote cycling in our schools among our children. I believe our Youth and Sports Minister, and our firms producing bicycles, will absolutely encourage cycling and do their best for it. They told me about it in person. I thank them and believe that we will succeed." Erdoğan said, "I invite everyone to the 52nd Presidential Tour of Turkey, which will be held next year." 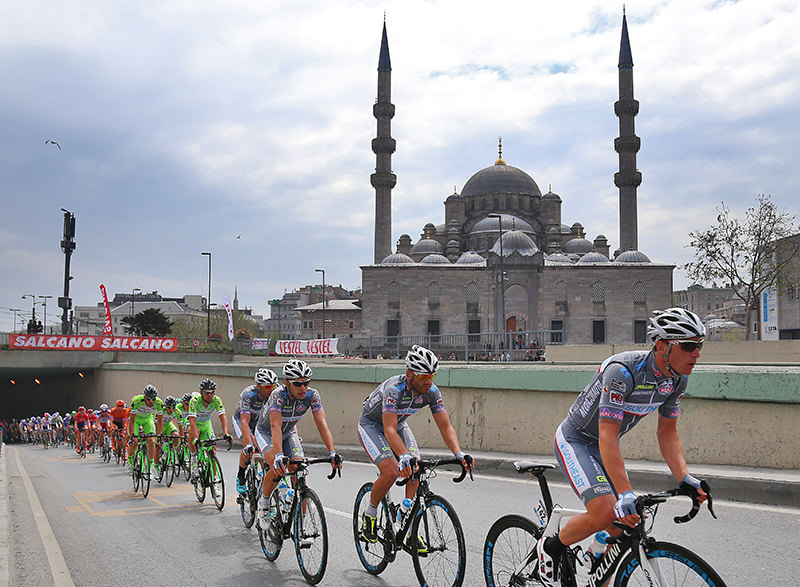 A total of 145 sportsmen out of 165 managed to complete the Tour of Turkey. During the tour the cyclists drew a large amount of attention from Turkish citizens and foreign tourists everywhere. Cyclists pedalled 1,258 kilometers during the eight-day tour throughout Alanya, Antalya, Kemer, Elmalı, Fethiye, Marmaris, Muğla, Pamukkale, Denizli, Selçuk, İzmir and Istanbul. Starting on April 26 in Alanya, the organization made a large contribution to Turkey's promotion abroad. It was broadcast through a wide broadcasting network on both local and international TV channels in 190 countries.

Turkey's natural beauty was promoted in live streams while media corporations showed interest in the tour. More than 200 media members, 50 of them foreigners, covered the tour. From Alanya to Istanbul, 1,300 people accompanied the cyclists.

The tour hosted some of the world's elite competitors like British cyclist Mark Cavendish, who won three stages of the tour. This was the second time he has taken part in the Tour of Turkey. Last year, Cavendish, racing for the Etixx-Quick-Step team, won four stages of the tour and was awarded the best sprinter award.

First organized in 1963 under the name of the Marmara Cycling Tour, the tour gained international recognition in 1965. Since 1966, the tour has taken place under the Turkish president's patronage.

Last year's event was broadcast for a total of 183 hours to 588.4 million households.

The final stage of the 51st Presidential Cycling Tour of Turkey ended on Sunday in Istanbul with 150 cyclists from 21 teams competing.

The Tour, however, affected Istanbul traffic as various roads throughout the city were closed in the morning starting from 6 am local time.

A number of roads were closed along the Karaköy, Beşiktaş Barbaros Road and traffic on the Bosporus Bridge was also closed, while vehicles were be directed to use the Fatih Sultan Mehmet Bridge to pass to the other side of the city.