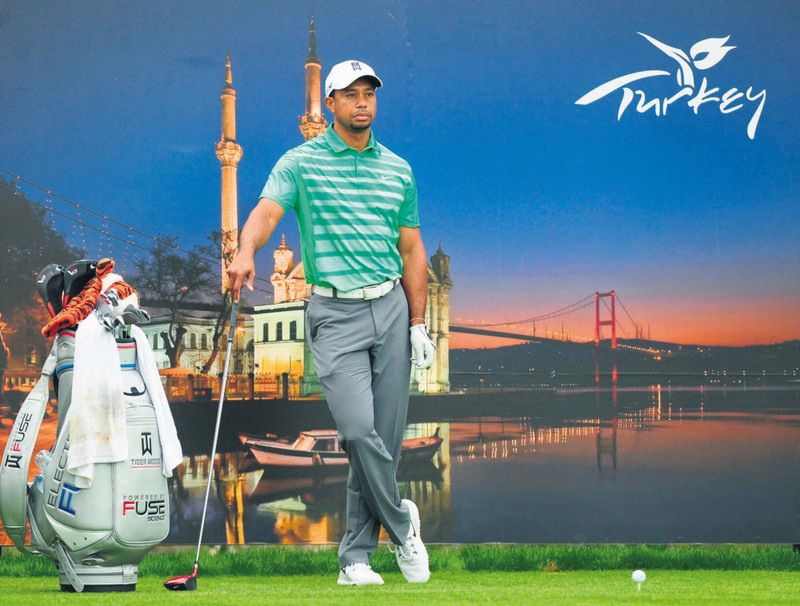 Golf real estate is something Turkey has to offer. Integrated golf resort developments in Turkey have the second strongest mid-to-long-term growth potential of all countries in the European Mediterranean region, according to a report by KPMG Golf Advisory Practice

Golf is big business and Turkey is becoming an important European market for resorts that cater to the game's enthusiasts.

Golf is worth more than 50 billion euros a year in Europe, the Middle East and Africa (EMEA), according to a study by KPMG Golf Advisory Practice published in 2013.

These latest available figures claim the sport in the EMEA region generates total revenues of 53 billion euros, supports almost half a million jobs and pays nearly 10 billion euros in wages.

And the business of golf is growing.

"While golf in the Europe, Middle East and Africa region is about one-third the size of the U.S. golf industry, it is growing fast, especially in the areas of golf tourism and golf real estate," KPMG says.

Golf real estate is just what Turkey has to offer. Integrated golf resort developments in Turkey have the second strongest mid-to-long-term growth potential of all countries in the European Mediterranean region, according to a separate report by KPMG on golf real estate.

"Turkey with its impressive Belek golf cluster (Antalya), represents an emerging golf tourism destination, and now accounts for 7 percent of the pan-regional supply of coastal resorts," the report noted.

"But Turkey has only just begun to reap the potential of its golf resort areas," said Julian Walker of the London-based realty firm Spot Blue International Property.

"The vast majority of these golf resorts in Turkey feature hotels only," Walker said. "Most privately owned golf property is not actually on the fairway but in residential developments near to one or more golf courses."

This means that the areas surrounding southern areas like Antalya, for example a town such as Side, can offer high-end residential properties based on proximity to the golf course, Walker explained.

"The Antalya area is well-developed, and boasts a large international community. That should make it attractive to golfers from all around the world. And the airport that serves the region receives international flights from the world over."

What is more, Turkey is capitalizing on strong tourism demand, aided by competitive pricing, so further growth and new resort projects can be expected in the future, Walker added.

KPMG real estate research reveals that across the European Mediterranean region, golf resorts that offer accommodation in rented villas or apartments, often alongside a hotel, now account for more than 15 percent of the market and are continuing to grow in numbers.

In a bid to grow its share of global golf tourism, Turkey's Western Mediterranean Development Agency and Turkish Airlines this year launched a scheme to attract more French golfers to the Antalya region. The airline will offer special fares to the region, as well as holiday offers made working with the agency.

It is forecast that many of the million-plus golfers in France, some of whom already travel to Morocco and Tunisia to play, will consider Turkey as an exciting new destination.

"The knock-on effect of more golfers, of whichever nationality, is a good thing for the local property market," Walker said. "Belek's reputation as an international golf hub is snowballing, and more visitors mean more demand for accommodation, which increases demand for lettable property."

As the report notes, Turkey's offer on the second-home market is "still in its infancy." So the potential for growth is great.

Golfers need not worry about the quality of the golf courses. A PGA golf tournament is played every year in Belek, with world-beater Tiger Woods being one of the contestants in 2013.