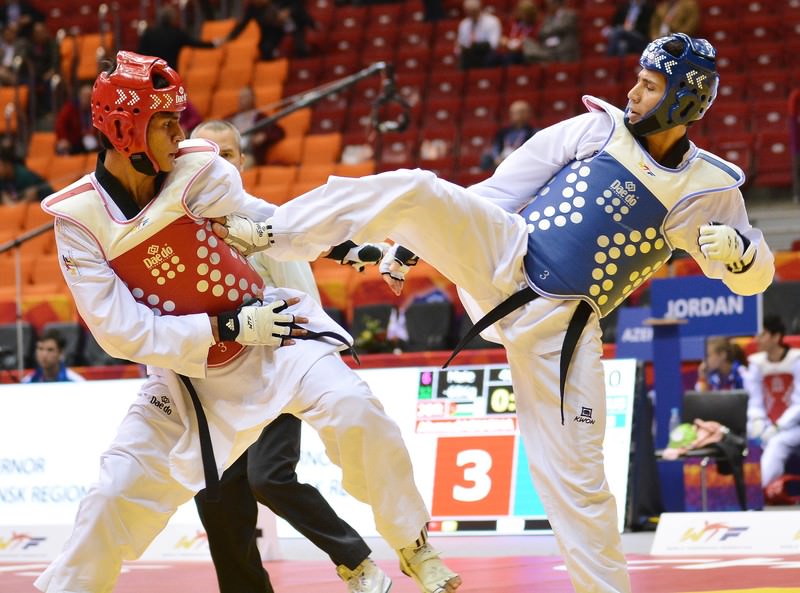 by Daily Sabah May 15, 2015 12:00 am
Turkish national Servet Tazegül won a gold medal in the men's 68 kilogram category on Friday at the World Taekwondo Championships in the Russian city of Chelyabinsk, while compatriot Nur Tatar won silver in the women's 67 kilogram category.

Tazegül finished the first round with a 5-4 lead against Russia's Aleksey Denisenko, and had a 7-7 tie in the second round, however Tazegül won 10-7 after a tie-breaking third round.