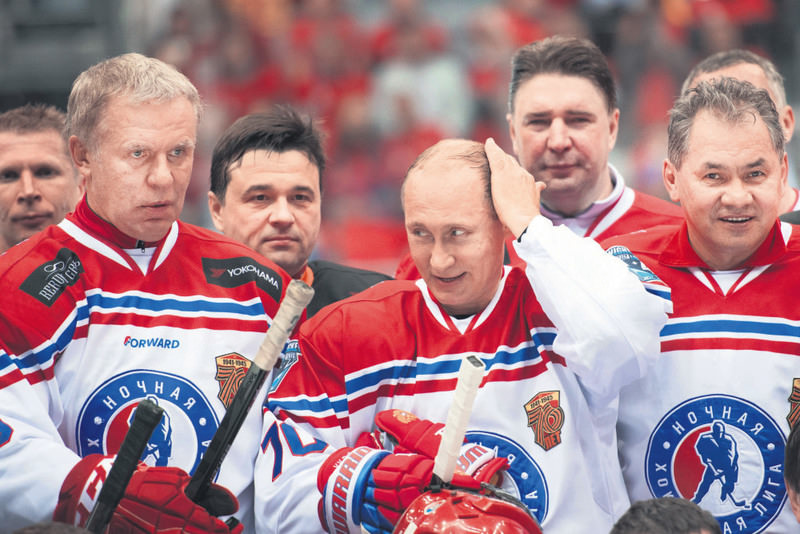 by Associated Press May 17, 2015 12:00 am
Russian President Vladimir Putin has played in an exhibition hockey game and scored one goal after another on assists from retired NHL players.

Putin's team won 18 to 6, with eight of those goals made by the 62-year-old president, most of them on assists from NHL stars Pavel Bure and Valeri Kamensky.

Three of the remaining goals were scored by Russia's defense minister. The game was played Saturday in Sochi, the city that hosted the 2014 Winter Olympics, and concluded shortly before Russia played the U.S. in a semifinal of the ice hockey world championships.

During his 15 years as Russia's leader, Putin has frequently displayed his athletic skills, most notably in judo and swimming. He took up hockey only in recent years to promote the sport.
Last Update: May 17, 2015 9:20 pm
RELATED TOPICS