Judo: A gentle way for Syrian children to beat trauma and rivals 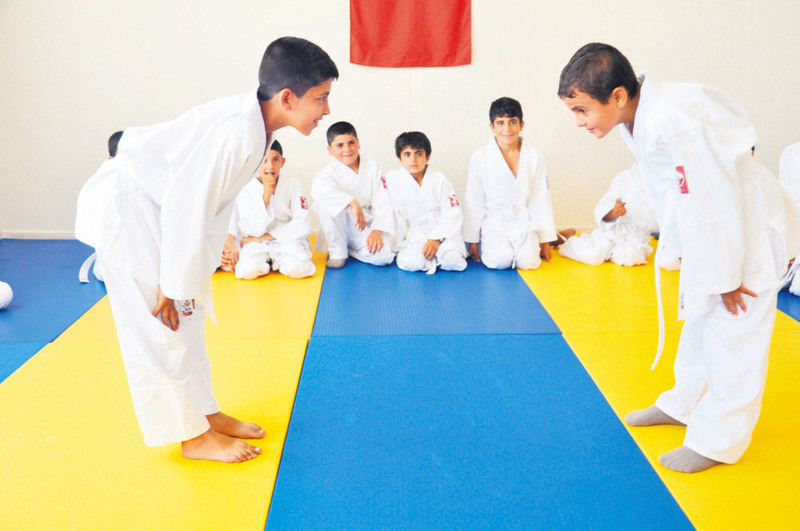 by Anadolu Agency May 21, 2015 12:00 am
Judo is among the sports branches whose training was offered to children staying in Turkey's camps for Syrian refugees. The martial arts help social inclusion of children traumatized by the ongoing civil war in their country that forced them to flee into neighboring Turkey with their families.

A "container city", a refugee camp composed of shipping containers converted into housing units in the southern Turkish province of Kilis, was chosen as pilot area for the project that will soon extend to other camps. Ministry of Youth and Sports also offers training in other sports for 3,000 Syrian children and teenagers in the camp. Three days every week, the sports enthusiasts among the youth gather for sports activities. Ten trainers train more than 100 Syrians in the sport of judo. A team composed of young Syrians already proved successful, by winning third spot in a nationwide judo tournament.Seyfettin Çimen, a camp official, says they allocated one of the social facilities in the camp for sports for Syrians between the ages of eight and 15. "We provide training on judo, football, basketball, volleyball, taekwondo, wrestling and table tennis. Students travel to nearby cities to join the tournaments." Muhammad Badawi is among the young Syrians attending judo training. He arrived in Turkey three years ago with his family after fleeing the conflict. "I took up judo classes for the first time here in Turkey. I thank Turkey for giving this a chance. Our team was very successful in the contest (in Kahramanmaraş) and I would like to join the national team if they allow," he said.
Last Update: May 21, 2015 11:01 pm
RELATED TOPICS