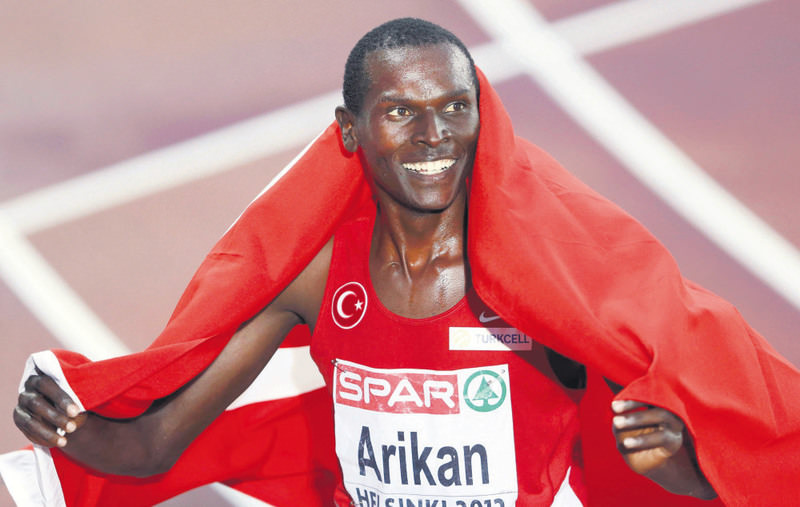 by Daily Sabah Jun 08, 2015 12:00 am
Turkey's Polat Kemboi Arıkan and Spain's Trihas Gebre produced superb performances to win the individual races at the 19th European Cup 10,000m in Chia-Pula. Last December they were both on the podium at the SPAR European Cross Country Championships in Samokov and now they were back celebrating more success at a major European Athletics event.

In hot conditions in Sardinia, it was another landmark show from Arıkan as not only did he defend his title, he achieved victory for the third time after his first success in 2012. On the back of his senior race success in Samokov, he has proved once again to be a man who can respond brilliantly to the different surfaces.

Arıkan was always going to be the danger man. He had the quickest time beforehand of 27:38.81 and he had the experience of knowing he races well at this time of the year in this event. Put all those ingredients together and he proved once more to be an unstoppable force as he won by more than 16 seconds, crossing the line in a season's best 28:09.47 from Spain's Juan Perez in 28:25.66, a personal best, and Italy's Jamel Chatbi, in 28:39.01.

Uganda's Moses Kibet and Kenya's Dominic Kiptarus had set a good pace and after 7 kilometers, Arıkan decided to speed up and his ability to control proceedings was too much for the rest as he surged to victory.