First ever World Indigenous Games to be held in Brazil 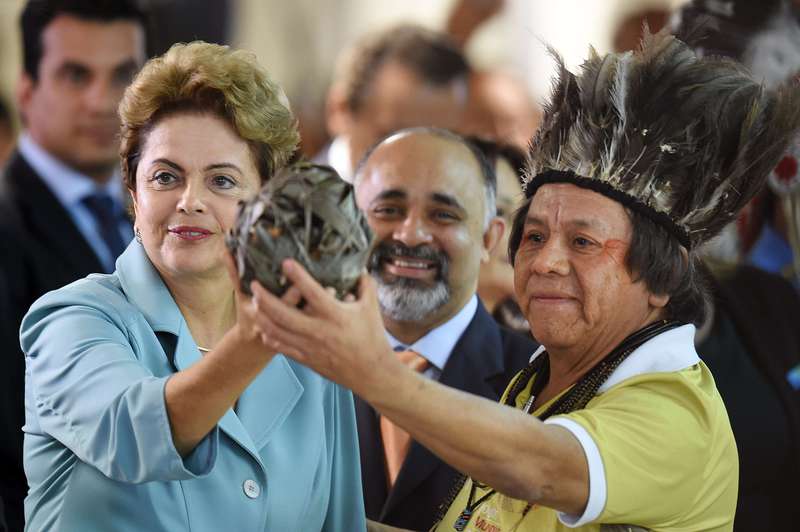 | AFP Photo
by Daily Sabah with AFP Jul 15, 2015 12:00 am
The government of Brazil has announced that it will host the world's first games for indigenous tribes which will feature many intriguing games including traditional arrow shooting and Xikunahiti, a little-known cousin of football.

As Rio de Janeiro gears up for next year's Summer Olympics, the city of Palmas in the Amazon jungle state of Tocantins is staging the World Indigenous Games from October 23 to November 1, the state tourism agency said Tuesday.

Twenty four Brazilian ethnic groups and another 22 from around the world will take part, the agency said in a statement.

Among the unusual events there are spear toss, tug of war, 100m rustic race and traditional canoe. Modern day events like swimming, athletics and much more will also be featured in the games with a 'traditional' twist.

One of the most intriguing events will be Xikunahiti, otherwise known as head football, a South American tribal game where competitors play the ball with their heads.

One indigenous youth, Dream Braga, has already made Brazil's national archery team after taking part in a program meant to encourage native bowmen to transfer their expertise at shooting fish and other animals to sport.
Last Update: Jul 15, 2015 2:29 am
RELATED TOPICS