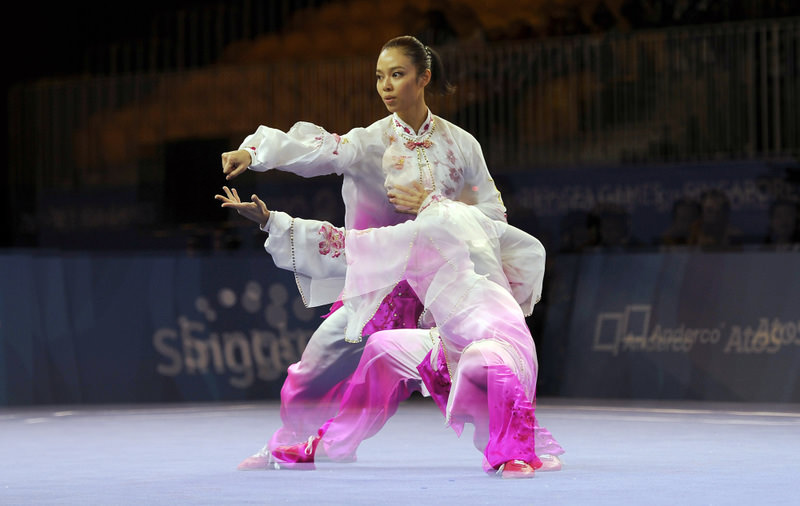 by Anadolu Agency Jul 23, 2015 12:00 am
Mustafa Genç, the head of the Turkish Wushu Federation and provincial director of Ordu Youth Services and Sport, said the best wushu players in the world will put on performances in four cities in Turkey.

Genç told AA that wushu, which is considered an ancestral sport in China, was becoming more popular in Turkey with each passing day. He emphasized that wushu is different from other sports and everyone can perform wushu no matter what their age. "It is a sport that children compete in with their parents and grandparents. This sport is comprised of different branches. For example, there is a sport called taichi under the umbrella of wushu. Millions of people in China and the Far East start the day by doing taichi and therefore they work more efficiently during the day. This sport provides wellness for them," said Genç.

Stressing that they are carrying out projects so that people living in Ordu can start the day in a good way, Genç said they have planned to organize taichi on the beach regularly by adjusting their opening hours so that citizens can easily attend. Genç also pointed out that Kung Fu has different styles merged under the name of wushu and Turkey has earned world and European championships.

Touching on the visit to Turkey by the world's best wushu players as part of a program organized by the Turkish Wushu Federation, Genç said that "Our federation is bringing the best wushu players in the world to Turkey. Wushu performances will be displayed in four cities including Ordu. The first performance will be given in Istanbul and the second one will be in Ordu. This event, which will be hosted by the Ordu Metropolitan Municipality, will be held at Atatürk Orman Park in June 27. It will be a large event because world champions will perform. We want to revive the beach by holding sporting activities in cooperation with the Ordu Metropolitan Municipality and the Altınordu Municipality. We will begin this with wushu." Nearly 20 world champions will attend the event, said Genç.
Last Update: Jul 23, 2015 11:23 pm
RELATED TOPICS