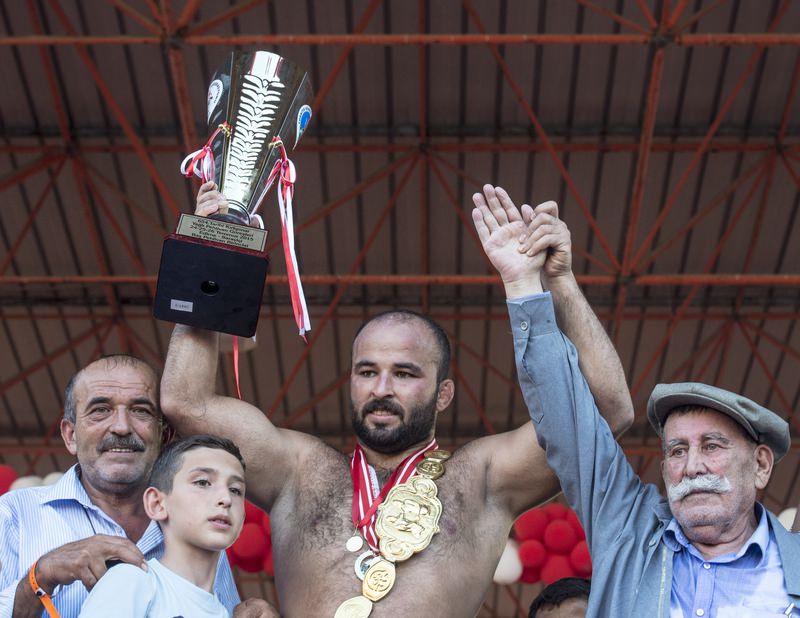 by Daily Sabah Jul 26, 2015 12:00 am
Orhan Okulu became the wrestling champion and won the much coveted gold belt at the historical 654th Kırkpınar oil wrestling festival in Edirne on Sunday.

New champion Orhan Okulu beat Osman Aynur, his fellow townsman and the wrestling champion of 2006, in the final at Edirne's Sarayiçi Square at 5:30 p.m. on Sunday, the final day of the competition.

Because of the extreme heat, the final between Okulu and Aynur almost grinded to a halt as the match ended in a tie. The "golden point" was won in extra time when Okulu beat Aynur in the 53rd minute and was presented with the "gold belt".