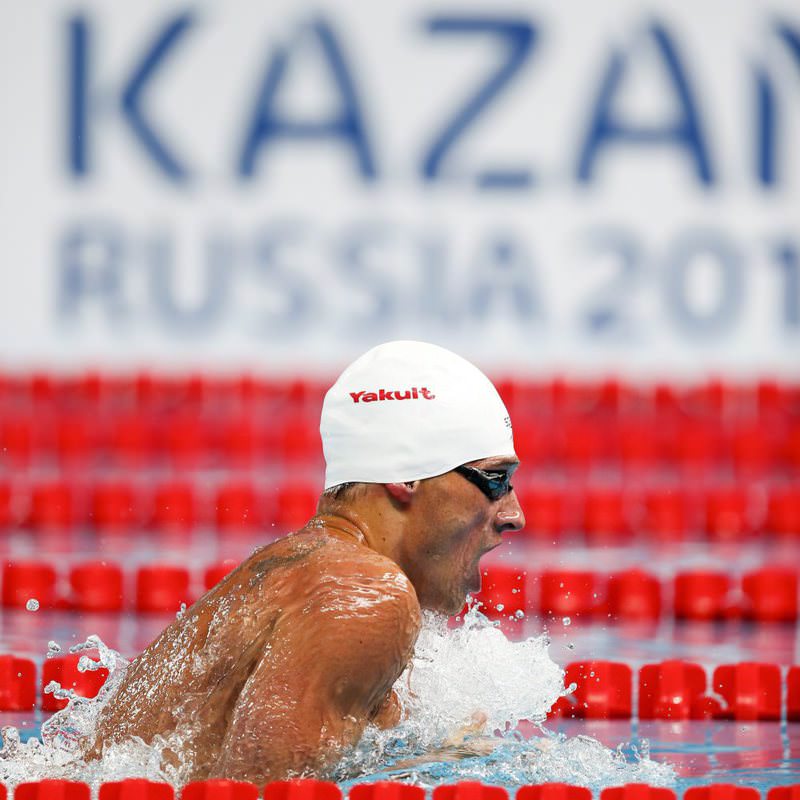 by Aug 06, 2015 12:00 am
More world records tumbled in the Kazan pool in Wednesday's heats as the mixed 4x100m medley relay mark fell twice in back-to-back races. The U.S. quartet of Ryan Murphy, Kevin Cordes, Kendyl Stewart and Lia Neal clocked three minutes, 42.33 seconds in the event's third heat of the morning session. The new world record came just minutes after Russia had swum 3:45.87 minutes in the previous heat to better the old record of 3:46.52 set by Australia in Perth in January 2014.

"It's a fun new event and I was very happy to get a world record...even if the Americans broke it in the very next heat," grinned Russia's butterfly expert Daniil Pakhomov before the evening's final. World records have now fallen on nine occasions in Kazan. They both broke the 50 meter record on Tuesday when Cameron Van der Burgh lowered his own mark in the morning's heats by clocking 26.62secs, only for 20-year-old Adam Peaty to come out and break it with 26.42 in the semi-finals.

Australia's Emily Seebohm brushed off tiredness from her gold medal exploits to storm into the women's 50m backstroke semi-finals. Emily Seebohm led a golden night in the Kazan pool on Tuesday by winning the women's 100 meter backstroke final before Mitchell Larkin won the men's race as Australia enjoyed their best single day at a world championships for a decade. Seebohm admitted she had not felt at her best before the race. "I didn't get to bed until 1230am last night and I didn't feel fantastic when I woke up this morning, but I'm beginning to brighten up a bit now," she admitted after winning her first individual world title."I loved every minute of last night and I wish I could do it all again.... well, maybe not the race, but everything which came afterwards."

Speed was no problem for team-mate Ryan Lochte in the 200m individual medley heats after blazing into the semi-final as the fastest qualifier in his bid to win the world title for the fourth consecutive time. The 31-year-old, who has won 15 world championship medals in his career, made up for the disappointment of fourth in Tuesday's 200m freestyle final by clocking 1:57.90 mins despite gliding into the wall. Hungary's "Iron Lady," Katinka Hosszu who broke the six-year-old women's 200 meter IM world record on Monday eased through the 200 meter butterfly heats as the sixth fastest behind China's Zhang Yufei.
RELATED TOPICS