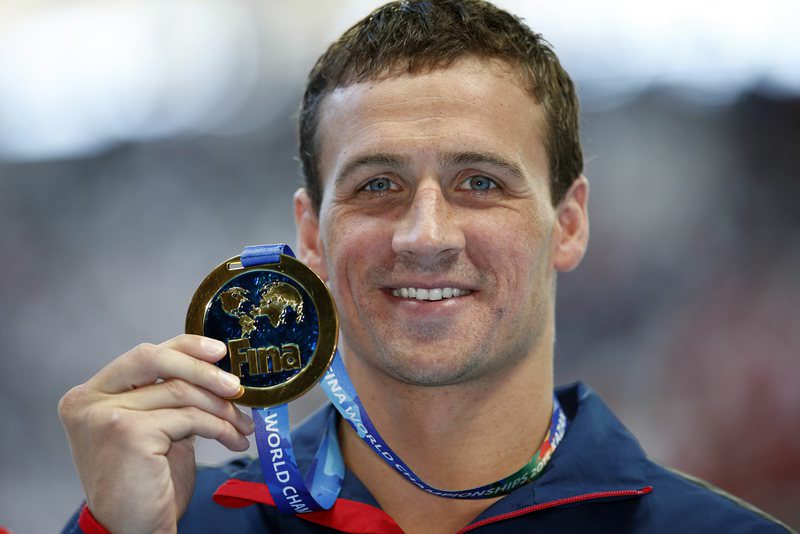 by Daily Sabah with Reuters Aug 07, 2015 12:00 am
After winning four major tennis Grand Slams in a row and claiming the title 'Serena Slam', tennis-pro Serena Williams doesn't seem to be the only proud American with a 4-in-a-row victory. Fellow U.S. athlete Ryan Lochte also made history by winning his fourth straight 200m individual medley gold at the World Swimming Championships on Thursday.

The 31-year-old Lochte is the first swimmer to win the world 200m IM four times in a row and has now won 16 gold medals at world championships dating back to 2005.

Michael Phelps has won three consecutive 200m IM world titles, but Lochte has now taken the gold in this event at every world championships since Rome in 2009.

Grant Hackett is the only other swimmer to have won four consecutive world titles in a single event, having achieved the feat in the 1,500m freestyle between 1998 and 2005.

The 35-year-old Hackett is racing in the 4x200m freestyle relay for Australia in Kazan.

"It's an honour to go down in history with one of the world's great swimmers -- Grant Hackett," said Lochte.

This is his 24th medal at his sixth world championships and his first in Kazan, but he struggled for an answer when asked if this was the biggest moment in his illustrious career.

"It's something I'll remember for the rest of my life," added the pro-swimmer.