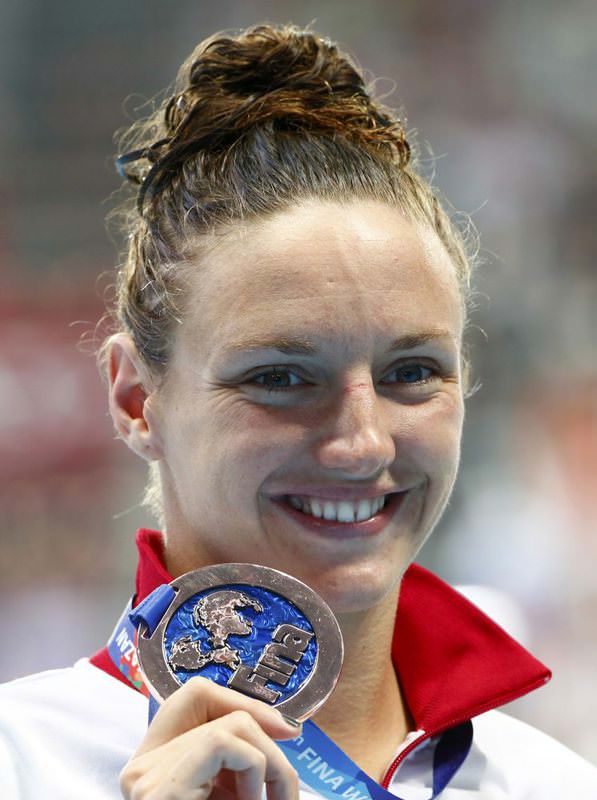 by Aug 10, 2015 12:00 am
Hungary's Katinka Hosszu was the standout performer in the women's 400 metres individual medley heats as the final morning session at the world championships concluded at the Kazan Arena. Chasing her third world title in the event since 2009, Hosszu recorded four minutes 32.78 seconds to easily qualify fastest for the final later on Sunday as she looks to add to her 200m individual medley title. Barbora Zavadova, of the Czech Republic, qualified second quickest, 2.82 seconds behind, with Canada's Emily Overholt in third. However, Olympic champion Ye Shiwen, who also holds the world record at 4:28.43, failed to advance. The Chinese, who finished eighth in the 200m individual medley final, could only finish in 15th place, a disappointing 10.18 seconds behind Hosszu.

"World records are something we always look at and I have been chasing them all the time," said Hosszu. "It is the ultimate goal and let's see how much faster I can go tonight. Hopefully I will be faster than I was this season.

"It's going to be really tough later and there have been swimmers who have been waiting for this day but I think I will be focused and ready to go."

In the men's 400 individual medley, Chase Kalisz, of the United States, posted the fastest time of 4:11.83, ahead of European champion David Verraszto, of Hungary. Japan's current world champion Daiya Seto was third. The men's 4x100m medley relay saw the United States take bragging rights into the final as fastest qualifier. The U.S quartet, looking to regain the title from France, posted 3:31.06, with the defending champions in third. In the women's 4x100m, China topped qualifying with 3:57.04. The United States finished second, with Missy Franklin set to return for the final.