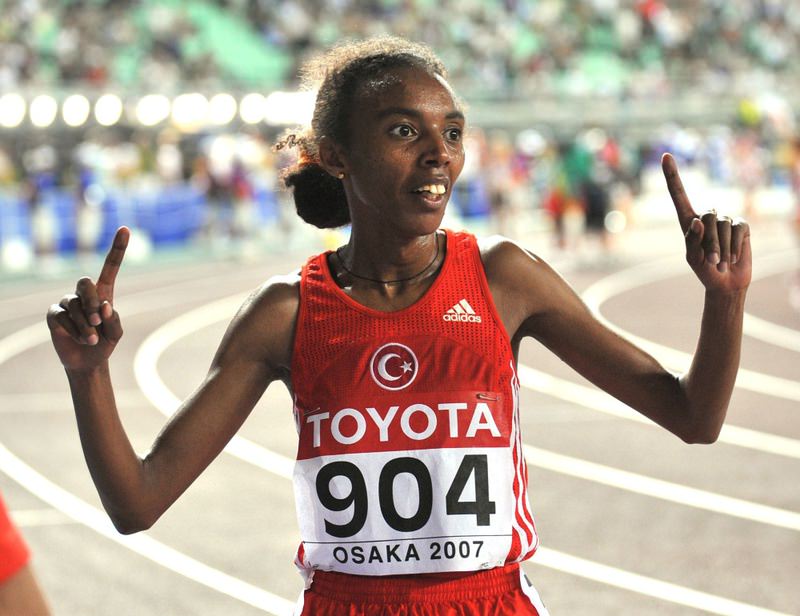 by Aug 15, 2015 12:00 am
Turkish long-distance runner Elvan Abeylegesse is one of the 28 athletes whose revisited samples have tested positive for doping, the Turkish Athletic Federation said late Thursday. According to the federation, Abeylegesse has been asked by athletics governing body IAAF to provide a defense regarding positive samples from 2007, the year she won the silver medal in the 10,000 meters at the world championships in Osaka, Japan.

Abeylegesse has not had her silver medal withdrawn but this is the likely eventual outcome should she be found guilty of doping. This would lead to others having their results improved with Briton Jo Pavey moving up to the bronze medal position. The IAAF said Tuesday that 28 athletes had submitted 32 adverse findings in doping retests of samples from the 2005 and 2007 worlds.

That announcement came as the IAAF is under fire over allegedly not dealing properly with doping, drawing attention from the sporting aspect of the next world championships due August 22-30 in Beijing.

German TV network ARD and British newspaper the Sunday Times reported that a leaked IAAF database with 12,000 blood tests from around 5,000 runners suggests that a third of medalists in endurance events at the Olympics and worlds between 2001 and 2012 had suspicious readings.

Abeylegesse, now 32, was quoted in Turkish media as denying doping and said she will not compete until she has been cleared. She also asked for her samples from the 2008 Olympic Games, where she won silver in both the 5,000m and 10,000m, to be retested as well. The IAAF said that none of the concerned athletes was to compete in China at the Beijing worlds. In 2013 the IAAF revealed that six athletes (four from Belarus and two from Russia) were caught doping at the Helsinki 2005 worlds via retests of samples, and that nine athletes overall had been sanctioned via retests. A second round of retests at the laboratory in Lausanne, Switzerland, revealed the latest adverse findings after the time period for retesting was increased from eight years to 10.
Last Update: Aug 15, 2015 1:41 am
RELATED TOPICS