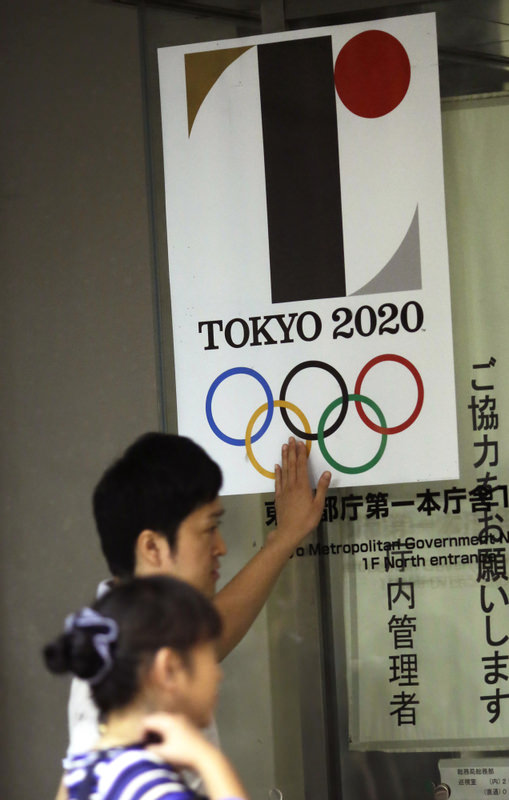 by Sep 02, 2015 12:00 am
Tokyo 2020 Olympics organisers yesterday scrapped the Games logo over accusations of plagiarism, maintaining that it was not copied but saying too many doubts had been raised for it to be usable. The unusual decision is the latest embarrassment for Japan as it prepares to hold the Games for the second time and follows its scrapping of plans for the new Olympic stadium, further blackening its self-proclaimed reputation as a "safe pair of hands" to host the sports extravaganza. Questions about the 2020 logo arose immediately after its July unveiling when Belgian designer Olivier Debie said it was too similar to his logo for the Theatre de Liege and demanded its use be halted. He and the theatre subsequently filed a lawsuit in a local court.

Toshiro Muto, Tokyo 2020 CEO, said designer Kenjiro Sano continued to deny copying the emblem, but that he felt the public doubts about it were in danger of damaging the reputation of the Olympics, so he requested that it be withdrawn.

"We decided that to honour Sano's judgment and start working on a new logo was the most appropriate choice for resolving this situation," Muto told a packed news conference broadcast live on almost all television stations.

He apologised to the people of Japan, the International Olympic Committee (IOC) and to sponsors for "causing trouble", adding that a new logo would be decided as soon as possible and in open competition.

The fuss over the logo, which from the start received mixed reviews from the public, is just the latest mishap to befall Japan almost two years after it won hosting rights for the 2020 Games over Madrid and Istanbul largely on its can-do reputation. Japan in July scrapped plans for its new national stadium, set to be the centrepiece of the Games, due to anger over ballooning costs, vowing to come up with a new, efficient design and build the facility as cheaply as possible.