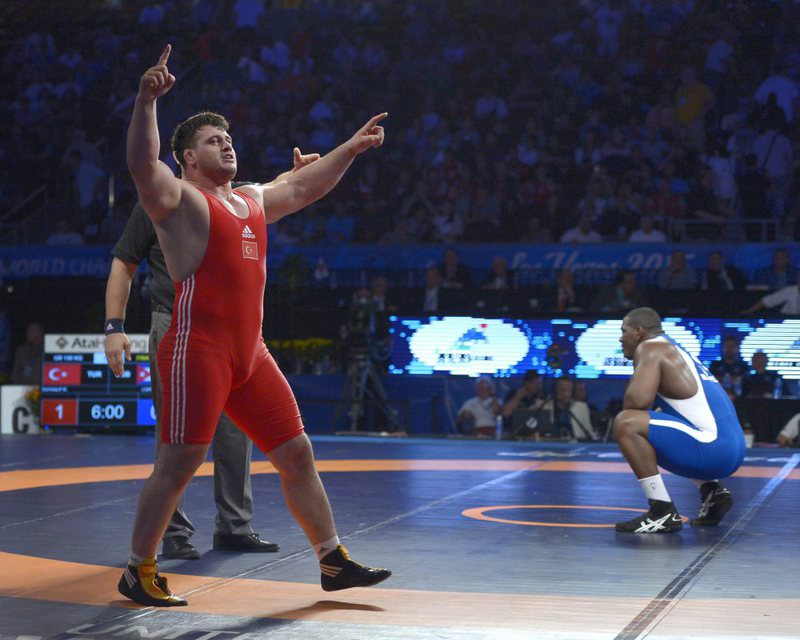 Kayaalp denied Lopez's try for a sixth world title in the finals at 130 kilograms.

Lopez, who also has a pair of Olympic gold medals, opened with a 2-1 win over Russia's Beylal Mahkov. He then beat the wrestler he defeated in London three years ago, Estonia's Heike Nabi, and beat American Robby Smith on a technical fall.

Lopez hadn't lost in international competition since 2011, when Kayaalp beat him in the worlds in Turkey. But Kayaalp stood tall, scoring in the second period and holding off a late push by the Cuban.

Kayaalp and Lopez are likely headed for a rematch in the Rio Olympics. The world title was the third for Çebi, 33. He entered the tournament ranked sixth at 80 kilograms, which is in just its second year as a Greco-Roman weight class.
RELATED TOPICS