Wind, not heat, will be big concern at 2016 Doha cycling world championships 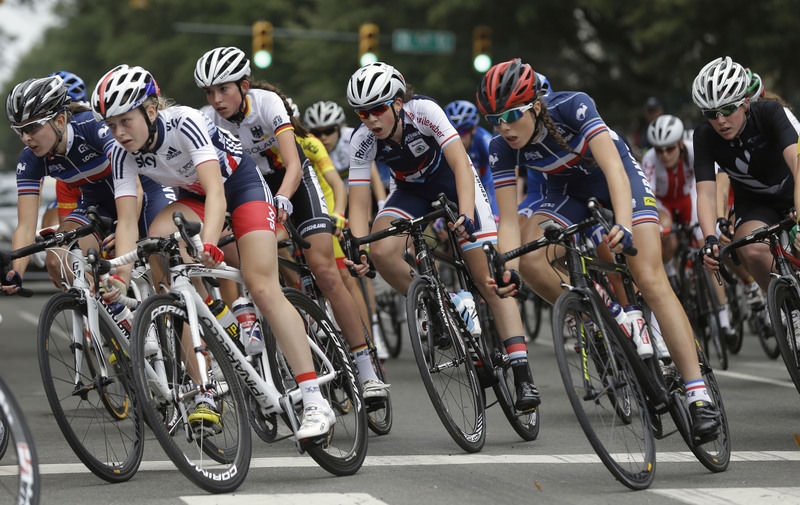 Cyclists racing at the Women Juniors Road Circuit cycling race at the UCI Road World Championships Sept. 25, 2015. (AP Photo)
by reuters Sep 25, 2015 12:00 am
Combating unpredictable winds rather than heat will be the major concern for riders, say organisers of next year's Doha cycling world championships that will be staged in the Middle East for the first time.

While the searing desert temperatures sparked controversy and forced organisers to move the 2022 World Cup in Qatar from its traditional summer dates to November-December, Doha cycling officials dismissed any concern, saying heat during the Oct. 16-18 championships will be no worse than Europe in the summer.

The average high temperature in Doha during October over the last 20 years has been 34 Celsius (93 Fahrenheit).

"We have seen in the summer in Europe lately there are over 40-degree temperatures and climbing at the same time," Sheikh Khalid bin Ali Al Thani, chairman of the 2016 worlds organising committee, told a small group of reporters ahead of the women's and men's road races at the weekend at this year's worlds.

"There shouldn't be a major heat concern. The temperatures can be a little bit warm in October but we are taking provisions. When we have these competitions it is natural there should be variation.

The International Cycling Union has staged races in Qatar for more than a decade so the conditions there will not be totally unfamiliar.

The men have raced in the Tour of Qatar since 2012 while the women have competed there since 2009.

The 253km men's road race and the 138km women's race will both include loops that will take riders into the desert where they will be exposed to the wind.

"It will be fair," assured John Lelangue, technical operations director for the Doha 2016 cycling worlds. "Winds are part of cycling. It is not a sand storm but strong winds.

"The riders are use to riding here for 14 years. They know what to expect.

"I can tell you last year on the same dates we had two days of really strong wind, one day really calm. It is part of (the) race."