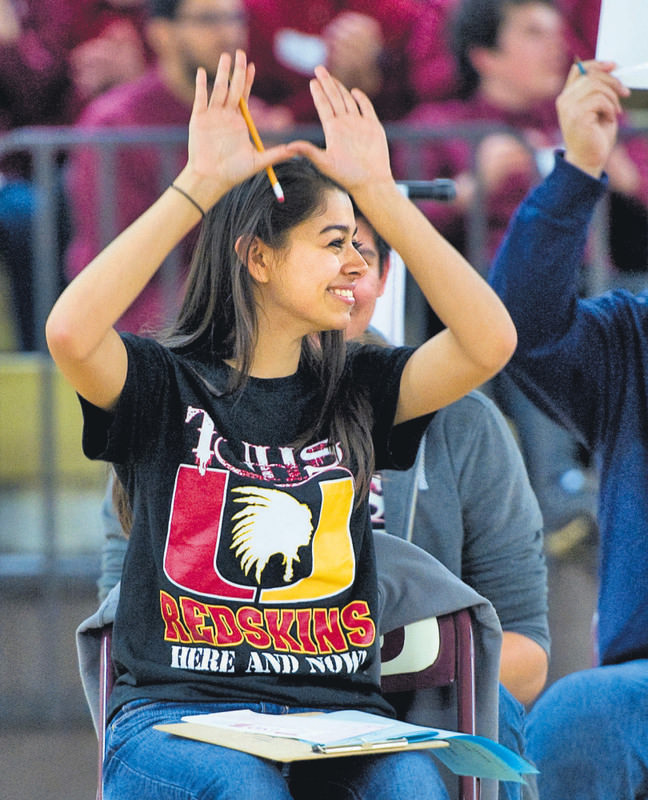 by Associated Press
Oct 14, 2015 12:00 am
Four California high schools will be forced to change mascots after Gov. Jerry Brown signed legislation making the state the first to bar public schools from using the Redskins name for sports teams.

It was one of three sports-related bills approved by Brown in the last week. He also signed a measure that bans players and coaches from using smokeless tobacco at professional baseball parks and another that recognizes competitive cheerleading as a high school sport. The mascot legislation will prevent public schools from using a term that American Indians regard as offensive. The law, which goes into effect in 2017, is unique to California.

"We will adhere to the law as it is written," Koligian said in a statement Monday. "Together with our Board of Trustees, school community and our Tulare community we will seek their input to determine our new mascot."

The Chowchilla Union High School District in the Central Valley will seek public comment on a new mascot. Its lone high school, with about 1,000 students, has used a Redskins mascot and logo since 1928 without complaints, Superintendent Ronald V. Seals said.

"You don't pick a mascot that you don't respect, dignify, love, honor, all those things," he said. "It's just taking away something that's so near and dear to their hearts ... and by people who don't even live here."

American Indian groups have protested the name's continued use amid their court fight with the National Football League's Washington Redskins. A federal panel ruled last year that the team's trademark should be canceled, but the team is challenging that decision in court. Washington owner Dan Snyder is facing unprecedented opposition from those who consider his team's name a racial slur.

"This landmark legislation eliminating the R-word in California schools clearly demonstrates that this issue is not going away, and that opposition to the Washington team on this issue is only intensifying," said Oneida Indian Nation Representative Ray Halbritter of the group Change The Mascot, which supported the bill. "The NFL should act immediately to press the team to change the name."