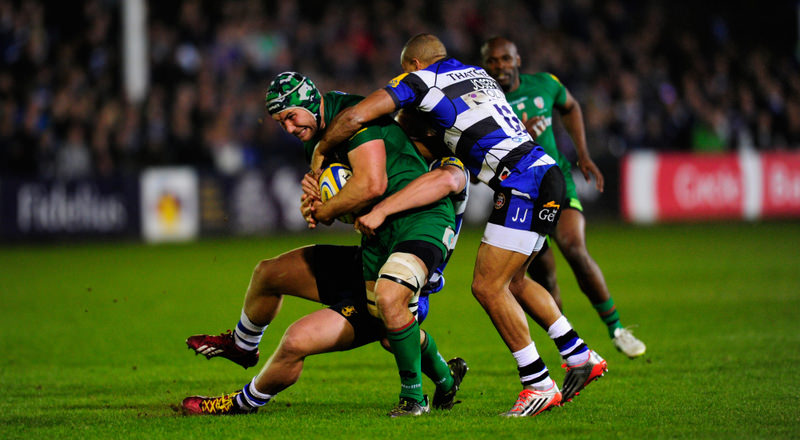 by Anadolu Agency
Nov 06, 2015 12:00 am
Turkish Airlines has become an official partner of the European Rugby Champions Cup and the Challenge Cup, the company announced.

According to a press bulletin posted on the Turkish national carrier's website Wednesday, the firm will be one of the event sponsors until the end of the 2017-18 season.

The sponsorship was officially announced at the European Professional Club Rugby's (EPCR) tournament launch for the 2015-16 season in London.

"The fact that we are joining forces with a truly global brand is great news for European club rugby," EPCR Chairman Simon Halliday said.

"While this is the company's first rugby sponsorship, Turkish Airlines has been associated with top-class sports for many years and we are certain that they will be a factor in broadening the base of club rugby in Europe and bringing the game to new, enthusiastic fans," he added.

Turkish Airlines chairman İlker Aycı added: "We are delighted to announce our long-term sponsorship with the European Champions Cup and Challenge Cup. This partnership reinforces Turkish Airlines' position as 'Europe's Best Airline' and demonstrates our continued commitment to sport in the U.K. and across the whole world."

Turkish Airlines is the fourth-largest carrier in terms of numbers of destinations offered, says the EPCR statement.

The Turkish national carrier has sponsored such football teams as Barcelona and Manchester United as well as the Europe's top-tier basketball tournament, the Euroleague, since 2010.

The European club rugby's new season (2015-16) is set to start on Thursday, Nov. 12 with the Challenge Cup match between London's Harlequins and France's Montpellier at Twickenham Stoop.

Meanwhile, the Champions Cup will be played between the Leicester Tigers and French Top 14 League winner Stade Francais on Friday, Nov. 13 at Welford Road in Paris.