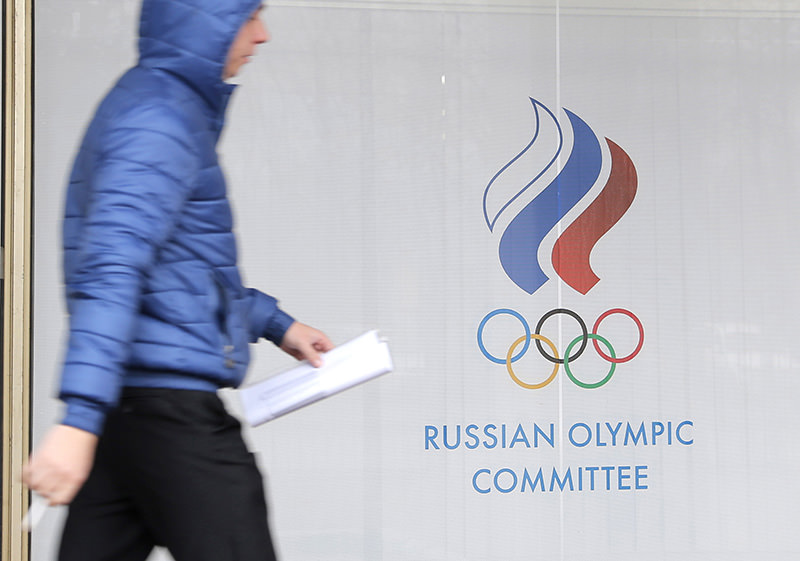 The World Anti-Doping Agency (WADA) commission on 09 November 2015 recommended athletics governing body IAAF suspend Russia from competition as it reported on its investigation into systematic doping in the country (EPA photo)
by Compiled from Wire Services Nov 11, 2015 12:00 am
The Russian Olympic Committee said on Wednesday it was urging international athletics organizations not to punish honest athletes when taking actions against doping practices in sports.

The Committee said it supported the efforts by the International Olympic Committee and the World Anti-Doping Agency (WADA) in their fight against doping.

"The Russian Olympic Committee calls ... to take into account the right of honest athletes to participate in international sports competitions, which should not be subject to limitations," the Committee said in a statement.

In a devastatingly critical report, a World Anti-Doping Agency panel accused the Russian government on Monday of complicity in widespread doping and cover-ups by its track and field athletes and said they should all be banned from competition possibly even next year's Olympics in Rio de Janeiro until the country cleans up its act.

The report from a WADA commission that has been probing media allegations of widespread doping and deception in Russia host of soccer's next World Cup said even the country's intelligence service, the FSB, was involved, spying on Moscow's anti-doping lab, including during last year's Winter Games in Sochi.

The commission chaired by Dick Pound recommended that WADA immediately declare the Russian federation "non-compliant" with the global anti-doping code, and that the IAAF suspend the federation from competition.

"It's pretty disturbing," Pound said. "It's worse than we thought."

"It may be a residue of the old Soviet Union system," he added at a news conference in Geneva.

Pound said the doping could be called state-sponsored.

"They would certainly have known," he said of Russian officials.

The commission said the International Olympic Committee should not accept any entries from the Russian athletics federation until the body has been declared complaint with the code and the suspension has been lifted. Such a decision could keep Russian athletes out of next year's Olympics in Brazil.

If Russia doesn't clean up, "the outcome may be that there are no Russian track and field athletes in Rio," Pound said.