Cancelling Euro 2016 would be 'playing the game of the terrorists': organizers 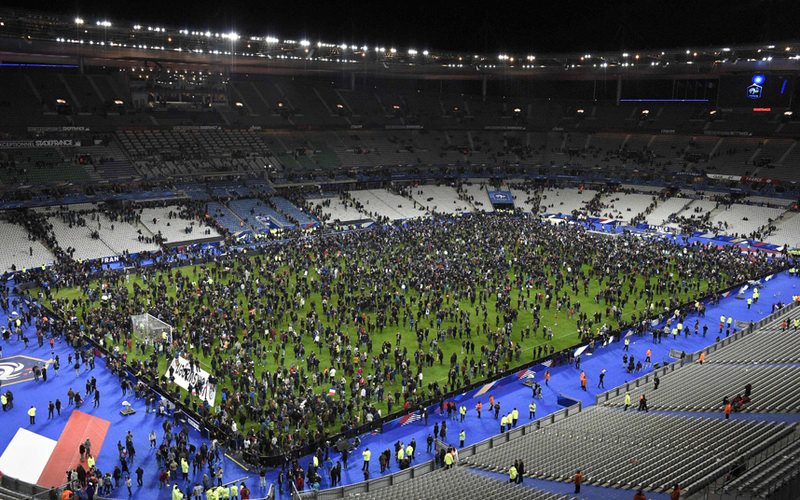 Spectators gather on the pitch of the Stade de France stadium. (AFP Photo)
by reuters
Nov 15, 2015 12:00 am
The Euro 2016 finals in France will not be cancelled even though the risk levels have gone up, the head of the organising committee said on Saturday following the attacks in Paris.

ISIS claimed responsibility after 129 people were killed and 352 were wounded on Friday, saying it sent militants strapped with suicide bombing belts and carrying machine guns to various locations in the heart of the French capital.

"The risk had gone one level up in January, it has just gone higher," Euro 2016 chief Jacques Lambert told French radio RTL.

"We will make the decisions we need to make so that the Euro finals can be held in the best security conditions. Security in stadiums works well, the risk is more in the streets, in spontaneous gatherings.

"Wondering whether Euro 2016 must be cancelled is playing the game of the terrorists," said Lambert.

There was one bombing near the Stade de France on Friday, killing three, as the national team were playing a friendly against Germany inside the venue.